If you were to ask a small group of people from all walks of life where the best start-up community was housed right here in the UK, they would most likely turn and say London. Now, that can’t be completely true because as the nation finds out every week, that community continues to grow and isn’t showing any signs of slowing down. Up and down the country there are companies and businesses dedicated to pushing the start-up and entrepreneurial spaces to their highest limits through programmes, institutions and even larger companies. The effect it is having on the nation is remarkable and soon it will overtake the importance of conglomerates for sure.

Providing finance from £25,000 to a whopping £2m, the North West Fund grants applications to start-up companies in the area, relocating to the area/region with the vision to develop and grow their business. The private sector has placed a huge chunk of money into this institution that topped up the funds to an incredible £150m. The figures have been released to show that more than 20% of the investments made have been into developing start-ups… 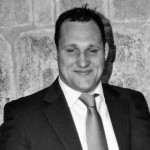 Interview with Franco Puppo, CEO and Co-Founder of Tabletize 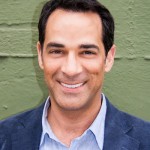 Interview with Storm Duncan, CEO and Co-Founder of DwellAware