As a Chemistry graduate I enjoy hearing about the incredible discoveries coming out of Universities and their exciting real world applications. One example is Revolymer, a spin-out from Bristol University that is changing the chewing gum game.

But for every Revolymer there is a number of discoveries being left behind. This is partly because they do not have an immediately obvious commercial application.

Universities are starting to become increasingly aware that more needs to be done to maximise the benefits of their research for the wider community. Marblar was created to help them do just that. Today’s blog features a Q&A with Daniel Perez, CEO and co-founder of Marblar. Marblar is a platform that enables inventors to showcase their innovations to an online scientific community or “marblars”. Together, marblars propose ways of commercially harnessing the scientific discovery and in return contributors can earn points, meet inventors and even have the opportunity to join start-ups. Marblar’s early success has seen them receive funding from VC firm IP Group who have backed them with a $600,000 investment.

1) Could you tell us a little about Marblar?

– Marblar is gamifying science, and making it fun to move science to the real world.  We realized that 95-99% of university innovations just sit on a shelf not doing anything.. its really sad. That’s your tax dollars, and your philanthropy dollars that is going into university research yet its not making your life better. Our hypothesis is that one of the problems is that there is simply too few minds chewing on new innovations. Usually its just the inventor and one tech transfer associate (+/- a postdoc.. so the mean is like 2.5 people!)   This means that the relevant path to market is not usually found and results in a pile of dormant IP.  Marblar’s here to change that.  We’re going to add scale, efficiency, and we’re going to open this process up to thousands of clever minds.

2) What inspired you to start Marblar?

– This may have been answered above. But as an outsider to tech transfer I found it odd that the process was so closed and parochial.  There are simply too few voices in the conversation, and as a result incredible science gets left behind.  I love science, and I almost cry when I think of how much money and thought goes into these incredible innovations, and that they don’t make it to the real world.

3) Is there a desire to be entrepreneurial within the scientific community?

– Great question.  I’d say that entrepreneurs see the world how it could be and are very inquisitive and challenge things.  Science is very much like that! Scientists (at least applied ones) are also usually trying to solve a specific problem (HIV vaccine, or new drug, etc) much like entrepreneurs. Now I’d say that most scientists I speak to aren’t motivated by the money, but that doesn’t mean they don’t want their ideas to make the world better. They want their discoveries to make it out there..

4) Can you give us an example of research that has found an innovative application through Marblar?

Sure. So we ran a very successful beta trial with a piece of molecular biology tech from Southampton.  Prof. Tom Brown has a niche piece of tech: he could basically put DNA strands together without using an enzyme. Now, I don’t know about you.. but my momma always taught me that you needed an enzyme to do that! Tom was able to do it chemically. Neat stuff, but is it just a cool lab trick or are there any relevant market applications to this? We put it online and got some really neat responses.. such that the sponsors of the competition (the VC firm, IP Group) may have two new startup ideas around the tech.

5) Is crowd-sourcing the way of the future for product development?

– At least in high tech, it should certainly be considered! There are a lot of companies out there developing technology for very narrow applications.. and they would really benefit from considering alternate ways their tech could be exploited commercially.  Ideally, some vastly different approaches.. and Marblar’s a perfect platform for that.

6) Is there a University spin-out that really excites you?

– Oxford Nanopore Technologies*. They’ve just basically figured it out. They’re the only biotech/medtech company out there that truly understands desire.. they know how to turn science into a product.

7) You’re running Marblar while completing a dual PhD, are you superhuman?

– I’m not superhuman. However, I am impervious to bullets and somewhat intolerant towards Kryptonite.

8) What exciting developments can we expect from Marblar in the coming months?

We’ve signed several universities and corporates on board, and we’ll be launching a completely revamped platform that we hope will connect creative minds the world over with the most innovative discoveries to find new ways to accelerate science.

Innovation in Finance: The Alternative Lenders Changing the Financial Landscape for Small Businesses 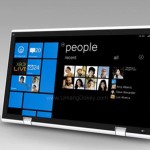