This week I have been lucky enough to attend an #MAW – BizSpark event in London, focusing on Windows Mobile and what start ups can do with Windows mobile 8. I was invited along to this event because of the start up I currently work at.

Why is BizSpark a great program for start ups?

It gives start ups the opportunity to get $20,000 of seed funding from TechStars, $60,000 worth of Cloud Computing through Windows Azure, Mentoring from people like Brad Feld, Scott Guthrie and David Cohen, and have Exposure to Angel Investors, VCs, Industry Influencers.

If your are interested in finding out more about these opportunities, please check

BizSpark’s website. They are currently open for applications, and they have a deadline for the 17th of July.

Yesterday I spent the afternoon at Microsoft London, learning about new features for Windows Phone 8, and the Windows market place. I also learned what app publishers can do to get featured in the Windows Market place.

How does an app get featured on the Windows Market?

To have the best chances at being featured you need to do several things. First of all you need to build an app that utilises the METRO UI to fit in as Windows phone application.

Another thing to do, to get featured is use the Windows 8 unique features such as NFC and Wallet in your application.

How can you make money on the Windows market?

Currently, You can sell your app on the windows market, or sell adds on your app; the windows phone 7 does not support in app purchases!

However Windows phone 8 will have a feature called Wallet, a tool that lets users store all their payment services, eg. Credit Card and Papal account, on their phone.

Any application can use the Wallet API, to charge windows phone customer directly on their credit card account. This means Windows phone users can make purchase of physical goods using their phone!

Another useful thing about the Wallet is it can store coupons for physical goods, for example Groupon vouchers.

If you would like to see a demo of the Wallet please view this video: http://www.youtube.com/watch?v=oZH2a0if1Tw&feature=relmfu taken from the Win8 summit, and skip to 6:30 min.

In previous articles I have discussed building apps for iPhone and Android, or for the mobile web. However now I believe windows are catching up to iOS and Android, and can be considered seriously as an app market. If you are in a start up BizSpark can really help you utilise this ever-improving market. 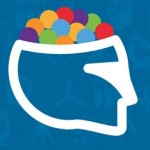 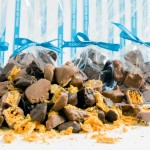 How to start a successful business from your mother's kitchen? by Good Kind of Food