Promise or Pay, a newly launched social enterprise that facilitates charitable donations by enabling people to make a public promise to do something, and if they fail to follow through, pay a nominated amount of money to a charity. Others have been quick to pick up on the potential of this simple idea to help reinvigorate charitable giving and engage people not previously inclined to donating: Promise or Pay was a finalist for the Sydney Genesis Entrepreneurship Challenge Best Social or Not-for-profit Startup and received a honourable mention in the category of “Social Change” at The Guardian’s Activate Tech Talent Day, the Guardian’s platform for innovators working with the Internet to change the world.

Who is your startup aimed at?
Promise or Pay has massive potential as it appeals to the natural human instinct to set goals, to have dreams and to make resolutions. It leverages off the social trend to share experiences with others electronically and it speaks to a generation that have grown up in a world where social issues are impossible to ignore and are looking for a way to make a difference.

Promise or Pay is also able to target a larger audience than just those people who wish to make a donation to charity. This is because the primary motivation of using the website is not to donate to charity but to achieve a personal goal. As a result, Promise or Pay will introduce to a new and young audience social awareness and the idea of donating to charities. At the moment I am targeting a number of niche goals (e.g. to stop smoking or lose weight) and will soon begin solely targeting the most responsive audience.
The promise made could be anything – to quit smoking, to not drink alcohol, to ride a bike to work more often etc. Here are just some of the promises that have already been made via promise or pay:

How does your startup stand out against its competitors?
While there are many motivational sites that aim to help people in achieving their goals, Promise or Pay is the only online platform that combines social motivation with charitable giving. I was inspired to develop a platform whereby individuals are required to make their self-improvement commitment public and thereby strengthen the intention of keeping it. To ensure a win-win outcome is always achieved, I decided to integrate charitable giving – either a user keeps their promise, thereby benefiting themselves OR they contribute towards solving a pressing social problem, thereby benefiting others. Subsequently, Promise or Pay helps overcome the disappointing and discouraging feelings that are often the aftermath of failing to accomplish something important.
Others have been quick to pick up on the potential of this simple idea to help reinvigorate charitable giving and engage people not previously inclined to donating: Promise or Pay was a finalist for the Sydney Genesis Entrepreneurship Challenge Best Social or Not-for-profit Start-up and received an honourable mention in the category of “Social Change” at The Guardian’s Activate Tech Talent Day, the Guardian’s platform for innovators working with the Internet to change the world.

Where did the idea for the startup come from?
Like millions of other people around the world, on New Years Eve of 2013, I made some resolutions to change my life. And like millions of people around the world, by June 2013, I had followed through on exactly… none of them.
We all know sticking to self-improvement goals is really difficult. In fact, while 45% of people make resolutions, only 8% of people stick to them. It is no wonder that the self-help industry generated over $11 billion globally in 2013.
The idea struck me that if I told others about my goals I would be more likely to achieve them. I did some research and found that the chances of me following through would be further enhanced if I put my money on the line. Research in fact shows that the likelihood of achieving a goal increases 33% if it is shared with others and by 72% if money is put on the line. I realised that combining both approaches could be a very effective way to help other people achieve their goals.

What is your business background, and what got you interested in startups?
I have studied extensively at a tertiary level and have practical experience with non-government organisations in Australia, USA, India and Cambodia. I am also the founder and director of The Yoke Project – a social media development startup working exclusively with not-for-profit organisations from around the world to help extend their networks using Twitter.
My interest in startups really stemmed from an intrinsic desire to help others and a belief in the power of social entrepreneurship. I became attracted to the startups because it offers a proven and accessible platform to build, test and scale potentially groundbreaking solutions to some of the worlds biggest problems. They provide a fantastic opportunity for almost anyone to create big social value with a very small amount of money – something I that I believe is earnestly needed in a world where big business is often the preferred and dominant method of problem solving and organising.

How did you initially raise funding for your company?
I was very lucky that things just seemed to fall into place. Less than a month after coming up with the idea Promise or Pay won the Social Startups MVP Program and received funding to develop a first proof of concept, which successfully went live with a soft launch just a few weeks ago. As a result there was no need to initially raise any external capital and I used what little resources I had to cover the cost of the website domain and company registration.

How long has the your startup been in the making, and who is the team behind the business?
I conceived the idea in late July 2013 and successfully went live with a beta launch just a few weeks ago. While I have a strong team of developers (Fluid3) and advisors that are providing ongoing direction and support, the biggest challenge has been finding the time to do everything that is involved in starting and running a new enterprise. To-date Promise or Pay has been a one-man show. I am the designer, marketer, customer service manager and accountant.

What has been your biggest challenge so far as a startup owner?
The biggest challenge has been balancing work on Promise or Pay with my day-to-day job as a Program Development Officer at a local community-based organisation. I love every minute I spend working on Promise or Pay but it does take huge amount of effort and time. I have learned that it takes significantly more energy to sell an idea than it does to create one and it has become blatantly obvious that the more focused I am, the more likely Promise or Pay is to succeed. I realise many of the challenges I face could more easily be overcome if I was devoting all my time and capacity towards Promise or Pay. As a result I intend to take it up full-time in the next few months.

In the coming year, what would you like to achieve with your business?
While we have generated some excellent early results the current site is very much a Beta version. I intend to scale up the project in the near future to make Promise or Pay a community for self-improvement. My vision is to build a platform that will inspire millions of people around the world to be the best that they can be, and, at the same time, to encourage and facilitate millions of dollars in donations to charities.
In the coming year my plan is to start working full-time on Promise or Pay so that I can dedicate more energy towards improving the customer acquisition process, maximising conversion rates, automating a number of manual processes and further refining the platform.

I also aim to connect with as many likeminded individuals as I can. So if you like the idea behind Promise or Pay and would like to get involved – whether it is a helping hand, some advice, an endorsement, pro-bono services or straight up funding – I’d love to talk. Feel free to drop me an email me at jay.boolkin@promiseorpay.com

If you could give one piece of advice to someone thinking about starting a business, what would it be?
Start small, find a really good mentor and don’t be afraid to fail. 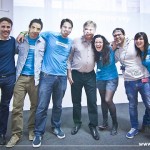 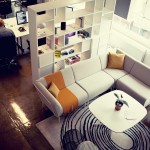