GamePix is a videogames aggregator and distributor.
Our main channel is GamePix.com, the first online games aggregator (desktop and mobile) where users earn virtual coins to grow their avatar just by playing games, challenging other players and conquering territories on real world maps divided into pixels.
These same pixels can be used by companies to promote branded games, letting user interact with advertising in a very pro-active way.
We are also ready to launch an “Entertainment as a Service” plugin: companies will be able to create a custom game section inside their websites, maximizing brand awareness and users’ engagement while monetizing them.

Who is your startup aimed at?
At GamePix we have two main goals:

GamePixGamePix stands out against the others because of its technology: we can scale orizontally on every device and we are ready to create new distribution channels instantly. Unlike other publishers, we are able to publish unreleased indie games (thanks to our strong community), but most of all cross device games.
Another great advantage are our global partnerships: Microsoft, Nokia, Kaspersky Lab and many indipendent companies developing games.

Where did the idea for the startup come from?
Our startup adventure started building HTML5 games, but we soon realized the huge difficulty developers have when distributing their products to the public: that’s when GamePix was born.

What is your business background, and what got you interested in startups?
I’m graduating in Innovation Management and I’m really passionate about Social Media Marketing and Growth Hacking. I got interested in startups attending InnovactionLab, a non-profit organization whose mission is to create talent-preneurs through seminars and trial pitches, where we learned how to create a startup and how to effectively present it to investors.
During this young entrepreneurial path I met Edouard Wawra (Engineering student) and Justine Silipo (Finance and Business student) and together we decided to build our own dream team.

How did you initially raise funding for your company?
Almost one year ago we entered LUISS ENLABS acceleration program, one of the most important italian business incubators. We received a first investment from LVenture Group and in November 2013 we closed another round of funding with private VCs.

What has been your greatest achievement so far?
The GamePix team reached many great achievements in just one year:

How long has the your startup been in the making, and who is the team behind the business?
In June 2013, after 6 months since the beginning of the development of the product, we released the alpha version of GamePix, followed by the beta version launch in November that is online today. The platform is continuously getting updates with the introduction of new features.

What has been your biggest challenge so far as a startup owner?
The biggest challenge so far has been building a videogames startup in Italy: there is a common way of thinking here that videogames are not a serious business, but GamePix with all the italian indie game community is clearly proving that mindset wrong.
Fortunately we found private investors who believed in our project and in our team, but it’s been really tough at first.

In the coming year, what would you like to achieve with your business?
In the coming year we would like to host more and more indipendent quality games on our platform and we are positive we are going to sign contracts with important brands willing to use pixels on our map as an innovative advertising tool, but also to have a games section on their websites with no need to spend time managing it.

If you could give one piece of advice to someone thinking about starting a business, what would it be?
My personal experience allowed me to listen to incredible success stories directly from their founders (Rovio and Supercell just to name a couple) and I do believe it’s impossibile to identify a list of best practices that lead to success.
The only two things you can’t do without are discipline – total commitment to your job – and most of all a tight-knit team – in harmony and completely focused on the goal.
Two features GamePix is not missing for sure!

5 Top skills to land a marketing job at a startup 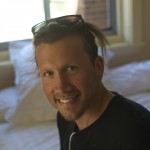