Following the cardiac arrest of Premier League footballer Fabrice Muamba, the issue of having readily accessible defibrillators in public places and businesses was pushed to the fore. For business owners who are considering whether or not to invest in the equipment, what are the pros and cons of doing so?

Defibrillators UK are specialists in health and safety and life-saving equipment, so read on as they take you through the for and against arguments of widespread defibrillator installation.

When you look at the statistics of heart attacks in the UK it is clear that the key to saving someone’s life is a rapid response. The chance of survival drops up to 10 per cent for every minute that passes without intervention, giving paramedics only a slim chance of getting to the patient in time.

By equipping your premises with an automated external defibrillator (AED) you can significantly increase the opportunity to save the life of someone who has suffered a cardiac arrest. Given that more than 200 people die of a heart attack every single day – that’s one every seven minutes – it is clearly a massive problem in our society.

Given the sheer number of people dying from heart attacks in this country it seems strange to even entertain an argument against widespread installation of AEDs, but it isn’t as clear cut as it may seem.

Is it right that the responsibility for saving someone’s life should come down to a lay person? There are potentially both ethical and legal ramifications should an attempt to resuscitate them fail, for example the psychological impact as well as the risk of a ‘rescuer’ being held liable should the patient die. Due to a lack of legal precedent, it is unclear on this particular issue, and it is possible that a claim could be brought against a rescuer for a failed life-saving attempt.

Although training could be given to certain individuals within a company or organisation, given the short time frame required to successfully save someone’s life, the responsibility may come down to whoever is on scene at the time.

Legal implications of not installing an AED

Although there is the potential that a failed rescue attempt could result in legal action, the chance of a claim being sought against a company who do not provide an AED on site is more likely.

Under English law, negligence can be shown when there has been a failure to take appropriate safety precautions, for example in the case of Lips v Older [2004] All ER (D) 168 when a landlord was found to be negligent for not installing a hand rail on a flight of stairs that had a steep drop to one side.

So what companies and organisations are perhaps more expected than others to provide AEDs? Anywhere where physical exercise is performed, for example swimming pools and gyms or sports facilities, are places that might be more at risk of being held liable should someone suffer a cardiac arrest due to the nature of their use.

It is not a straight forward decision for business owners, however if just one life is saved by an AED, isn’t it worth it?

This guest blog was written by John Rooney on behalf of Defibrillators UK, providers of automated external defibrillators and AED training. 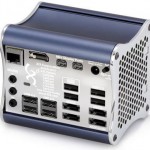 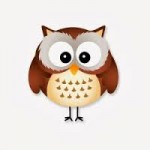