A new breed of entrepreneur has been forged by the tough economic climate – they’re younger, more determined and outperforming their established peers, and they’re being recognised by Hiscox’s annual DNA of an Entrepreneur Report,

Each year this study explores the challenges small business owners face, analysing what makes them tick. This year’s report reveals an exciting new optimistic breed of entrepreneur emerging from the economic downturn – a breed we are dubbing “Generation Recession”.

So who are these new business owners outperforming their more established peers when it comes to profit, revenue, innovation and optimism?

According to data compiled from 3,500 small businesses across six countries, businesses started during the recession are not only differentiating themselves by financial results and strategy, they are also demographically divergent: they’re more likely to be owned by women and/or have an owner under 40 years old.

They are also twice as likely to have started their business from unemployment compared to their pre-recession peers.

These determined recession businesses are also more likely to have hired new staff in the past year, launched new products, and are placing a greater importance on launching their new services online and embracing social media as a customer identification tool.

Listing numerous successes in an unforgiving financial climate is not easy, so it’s not surprising that these recession businesses are proving to possess high levels of grit and determination with one third claiming that the economic downturn has made them even more committed to succeed, and almost half feeling optimistic for the times ahead.

This stoic optimism is carrying itself into their strategies, with almost one in five planning to hire new staff in the coming year, and one in three unconcerned about finding new customers in 2015 – a more positive ratio than their more established business peers.

Their plans are also more export-orientated, with exporting almost twice as likely to play an important part in recession start-ups’ business plans than for older businesses.

Simply by establishing a business in the midst of an economic downturn, Generation Recession have displayed levels of resolve and bravery which marks them out from the pack. Put this tenacity alongside their inherent optimism, successes, hiring plans and innovative thinking and this new breed could be the ones to watch for years to come.

This guest post is written by Alan Thomas, Sales Director at Hiscox, the small business insurer with more than 20 years experience underwriting technology companies, specialising in SMEs and start-ups. 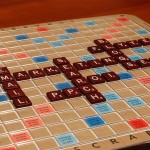 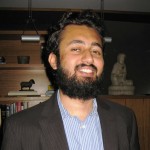 Interview with Jahanzeb Burana, CEO and Co-Founder of Nameless