FoodShootr share your eats with the world, Alexander Perri talks to The Startup Mag

FoodShootr is a new mobile service that lets you share your eats with the world. Quickly and easily snap a photo, share it with your friends and find great new restaurants. Using mobile devices at dining tables used to be considered taboo, but now it is an ultimate compliment to a chef and a beautiful way of sharing meals and nurturing food discovery. FoodShootr is re-inventing the way you eat out. With photo filters, a built-in user chat system, restaurant location search and connections to Facebook and Twitter, FoodShootr is not only helpful for foodies, but also for those feeding them. After all, nothing helps spread the news about a delicious meal or a wonderful restaurant like a hungry word of mouth. Whether you are starving or just in need of a quick snack, Foodshootr is here to help increase your appetite and trigger some ideas.

18-35 year-olds who are socially active and enjoy eating and finding great places to eat.

While most other food apps focus solely on dish or restaurant discovery, FoodShootr focuses on the social aspect. Food and eating are such social things which is why we chose to focus on the sharing aspect of food versus just the personal, food discovery part. Our users enjoy seeing what their friends are eating and communication with them about it. They like sharing ideas about what to eat, where to go eat or what to prepare at home themselves. We’ve taken the best of Instagram, Facebook and Foursquare and created a community for people who love food.

I am a commercial food and architecture photographer and was often eating out while on jobs. I found myself continuously photographing my food and posting them to Twitter and Facebook since I was eating so many new and interesting foods. My friends also seemed to have the same interest in sharing what they were eating as me so I approached a few of them with the idea to start a website where you can post food photos. The more we worked on it, the more it progressed and the more we realized it only made sense for this to be a mobile platform. People have their smartphones on them at all times, and most people take photos strictly on their smartphones these days, so naturally it turned from a web platform to a mobile platform, starting with iOS.

I was never formally trained in commerce, economics or marketing, but I had been running a freelance photography and graphic design business for 4 years before working on FoodShootr full time. I always had an interest in business and had been accepted to 3 different universities for their commerce program but I changed my mind last minute and decided to pursue my passion of photography at the university level instead. I worked for one of Toronto’s biggest marketing/advertising agencies as the photo assistant/photo editor for several months when I realized I was bored with the typical 9-5 job. I really had this drive to make my own destiny and start my own business.

FoodShootr has been in the making since December of 2011. I worked solo on the idea until February of 2012, which is when I started putting a team together and real development began. I, Alexander Perri, am the CEO and lead designer, coming from a photography and graphic design background. Anthony Raimondo is the COO. We have been good friends since the beginning of high school and he worked in the food industry as a server and bartender for 5 years, with a background in kinesiology. Kyle Williams is the CTO and lead iOS developer. He comes from a computer engineering background. We’ve known each other from high school and reconnected when I approached him with the idea. Riegie Jeyaranchen is the CIO and lead back-end programmer. We were friends in high school but became out of touch throughout university. He comes from a bio-physics background, but also has a passion for photography and toward the end of our university careers, we reconnected over our shared interest in photography.

The biggest challenge so far has been developing quickly and staying focused. We have so many great ideas and sometimes it can be hard to stay the course and prioritize, but with a single developer we need to remember to take a step back and take it one step at a time. The biggest mistake would be to try to quickly develop features and cram too many in at once, because quality is more important than quantity in the early stages.

I’d really like to see the community grow, with users from both ends of the spectrum. I’d like to have as many average consumers, or the restaurant goers on board as possible as well as having a large community of restaurants and restauranteurs. Our focus will be on the social connection with the restaurant and the consumer. I’d also like to be on as many platforms as we can in the coming year.

If you have the passion and the serious drive to do it, just go for it. As cliche as it sounds, it takes a lot of hard work and dedication but the sky really is the limit when you work for yourself. And treat everything you do, both accomplishments and failures, as learning experiences. 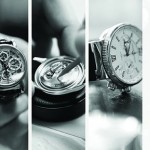 Interview with Hamilton Powell, the Founder of Crown & Caliber 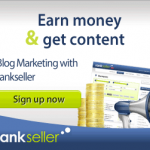