What is the blur Group, an interview with Philip Letts

1) Who is blur Group aimed at?

The blur Group is a global technology company reinventing how businesses do commerce. We cater for an enormous array of businesses and offer them an opportunity to do services in a different way. Any company looking to find or deliver a service in the creative, IT, legal and accountancy fields can submit or respond to briefs online in the Global Services Exchange at blurgroup.com – we receive nearly 100 briefs a month. We’re growing at a huge rate, the total value of briefs placed on the Exchange exceeded the $23million mark this week and the number of expert service providers on the Exchange is now nearly 25,000, from 135 countries.

2) How does blur Group stand out against its competitors, what makes you different?
At the moment we don’t really have any competitors, we’re disruptors in the market. Our main competitor is the old-fashioned, dated perception people have been given by large, incumbent service providers out there who tell businesses they need to do things in a certain way. Believe me, by 2020 everyone will be doing services the blur way.

3) Where did the idea for blur Group come from?

Having been CEO of several international tech companies, including a ‘holy grail’ Silicon Valley gig. I wanted to strike out and build a company of my own from scratch. After an initial interest in the whole opensource movement which I started doing some R&D on in 2006, blur Group turned into reality in 2007.

4) What has been your biggest challenge so far at blur Group?

Trying to do a deal in the City on the day that Lehman Brothers collapsed did present us with a considerable challenge, given that market confidence was low. But we remained determined and by sticking to our core principles we managed to navigate through the situation.
blur Group is committed to change and innovation and we are geared to being a company of the future and not one based on old financial and business models.

When we first started operating we knew we had to be different so that we wouldn’t go bust or fail which is often the risk of many a Start-up.
Last October we launched on LSE AIM. From talking about the idea of IPO at the end of 2011, we began testing the sentiment with public investors and then we took off on the roadshow in September.
It’s been fantastic for blur and an overwhelming success but it’s also an arduous process. I wouldn’t advise anyone to take this on unless they have an experienced team around them and a proven product. When you’re growing fast you don’t want to become distracted and lose focus.

5) In the coming year, what would you like to achieve with blur Group?

In the next 12 months I want to make sure that blur keeps kicking it and maintaining a leading position in business services innovation. In longer terms, I want blur to be a true UK global technology success story. The IPO was a first step to achieve that goal – This is not a business where the aim is a quick exit I’m 100% going to make blur a long-term story, a billion dollar business by 2020 that we’re all still very much a part of.

6) If you could give one piece of advice to someone thinking about starting a business, what would it be?

Just get out there and do it! Have an idea, believe in it, surround yourself with great people who share your vision and go full throttle. 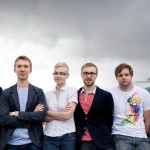 Sit Down With A Start Up, Leto CEO Alex Berezovskiy 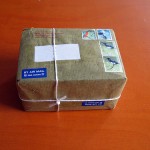