In a world where major brands rule the roost, there is just no escaping their marketing campaigns is there, really? All you have to do is turn on your TV at home and when those mid-programme adverts come on it’s like a glaze descends over the eyes of the nation as each and every company tries to win you over with witty, ad hoc campaigns. With branding, our minds have been reconditioned to spot the bad design from the good a mile off. TV advertising acts in a similar way when adverts you have seen time and time again become so old that you no longer need to watch the whole advert, let along past the first 5 seconds, to understand the message they are putting across to you. The old adverts get forgotten about, but whenever a new one comes on your attention is immediately sucked back into the screen as your eyes transfix on to shiny new products and people.

So when Virgin decided to do a brand reboot for their Trains and chuck several million dollars at it, it was bound to be top notch. You may have seen the advert, you may not have. Sooner or later you are guaranteed to have seen the colossal expenditure in all its glory. The full one minute advert brags about the arrival of their customers and the speed at which it happened. The tagline ‘Arrive Awesome’ is the delivering line for the speedy service and is visualised by customers exiting the train in slow motion acting debonair and almost suave. A cheeky selfie is thrown in for good measure among streamlined business men and women and the odd cheeky chappy applying his sunglasses in a closed environment.

Over all the advert is very powerful. But is this because it’s Virgin and they have always appeared to be a very powerful brand or is it the $8 million figure that sets them apart?

The huge figure wasn’t all spent on the making of the video though, that much I may have breezed over. In fact, the marketing campaign that will be running continuous throughout all the Virgin brands will be for the next three years, and was a somewhat celebration piece for securing a further three years to run the west coast service. As ever, the Virgin marketing team have succeeded in making this campaign as irresistible as the last. Even though Usain Bolt doesn’t make an appearance, there is still hope yet for the likes of the Wi-Fi, Tv and Phone brand. Here’s to hoping…

Head to the Remote Goat Blog for more details and all things Branding, Entrepreneurs, and Start-Ups. 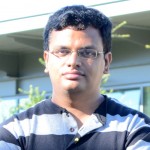 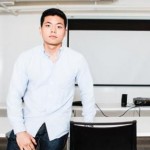