Despite the incredible surge of growth both in mobile apps and the mobile web, there are still plenty of mobile marketing myths out there. In this article we debunk the most common of them.

There is something about web applications and mobile apps that makes people think that the idea is the most important part. It might be the vast number of brilliant applications that are now available to us, or it could be (in the case of smartphone apps) that they look so small and cute on our phones. It seems apparent that once you’ve had a good idea, the rest is plain sailing.

This is not the case. In order to have a great web app, mobile app, or mobile marketing campaign, you have to start with a good idea, but most of the success can be attributed to the execution of that idea. The execution includes the design, development, testing and delivery of the product or campaign in question. e.g. A brilliantly constructed SMS or MMS campaign will not be successful without an extensive and relevant database of consumers who have opted in to receive it. Likewise the fastest and most elegantly designed mobile website will give you no benefit if no-one visits it.

Myth 2 – It’s easy to “port” apps from one platform to another.

“Porting” an app from one operating system to another is a bit like translating a novel from one language to another. It’s a large undertaking and requires considerable skill and judgment. In the case of a novel it would be inadvisable to translate every sentence word for word. Many of the subtleties of the language would surely be lost. In the same way, creating an app for another platform requires an understanding of the objectives of the app, as well as knowledge of the functionality required. Combining these with platform specific best practices and sound judgement will result in a good translation, or “port”.

Myth 3 – Mobile marketing is all about apps

The percentage of users who are able to install an application on their mobile device nowhere near approaches that of those who know how to make a phone call or send a text message.

Apps are great, but they can only be used by a subset of mobile phone users. When your customer demographic matches nicely with the user demographic of a particular smartphone operating system, apps can be a fantastic way to engage customers. Apps can closely integrate with the phone hardware such as the camera, GPS, microphone etc. in a way that other solutions like websites and MMS can’t. This means that they have the potential to create the deepest engagement with the user but there is a big tradeoff with the number of users that they can reach.

SMS, MMS, Bluetooth proximity, QR codes, and mobile websites should all be considered alongside apps.

You absolutely do need a mobile version of your website. Mobile internet usage is growing and reaching maturity faster that the world wide web was at the turn of the millenium. Morgan Stanley analyst Mary Meeker predicts that by 2014 mobile internet users will surpass desktop internet users.

But with the proliferation of smartphones it’s fine just having a normal website; right? Wrong… for two reasons:

First, Mobile users want a different experience from desktop users. Strip out all the unnecessary images and videos and include the most useful information. It may be wise to make the copy punchier too.

Second, speed of page load makes a dramatic difference to the amount of visitors who actually stick around to hear what you have to say on your site. Mobile browsing relies on a data connection provided by the handset owners operator. This connection is slower than most broadband connections, so expecting media-heavy sites to load as fast as they do on a desktop PC is unreasonable.

This graph shows that after 3 seconds of waiting, mobile users aren’t much more forgiving on page load times than desktop users.

This constraint doesn’t actually make design any easier. It’s difficult to fit everything in and make it look good on a small screen. Add this to the fact that you should have buttons (which take up more space) rather than links on mobile apps at least, it’s actually really hard to fit all the important parts onto the screen.

MMS, stands for Multimedia Messaging Service. It can be used to send all sorts of media content from videos and sounds to pictures, news, coupons, ads and text, not just pictures. This can be used to great effect either on its own or in conjunction with other channels. 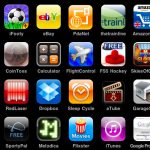 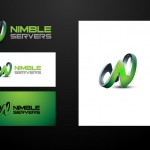