Want to make a successful app that cuts through the noise? With over 500,000 apps in the Apple App Store, and 200,000 in the Android Market, it’s no mean feat. It might seem like success in the App Store is just mixture of luck and a gimmicky idea. While this may have been the case in the early days of the smartphone app stores, success today comes from a carefully planned and executed strategy. Here’s our guide to making your apps successful:

In order to have a successful app, you have to know what success means to you. The objective will differ in every situation; for an indie developer it might mean a passive income that completely supports them, for a large company it could mean an uplift in sales or a higher customer lock-in. It could purely be about brand exposure and getting as many downloads as possible. Where possible make this specific and meaningful. For example there is no point aiming to get an arbitrary number of downloads if user engagement is more important than reach.

Create a structure to measure yourself against your targets. Without this feedback loop, it’s pointless setting a target in the first place. With no measurement, you’ll have no idea of whether or not you are successful.

2. Include the essential ingredients

In general mobile apps are used by people on the go. They are either used to find out some information quickly or to efficiently waste time. In either case a successful app needs the following ingredients:

Speed is incredibly important when capturing the attention of the user. Successful apps are sharply focussed and provide the user with the information or tool they need very quickly.

A great example of this is the Shazam app: Shazam listens to a piece of recorded music and identifies in an instant. I’m a big fan of this app, because I’m a music fan. I can pull my phone out of my pocket and with one touch on the screen I can identify a song.

Shazam is under particular pressure to work instantly because pop songs are so short!

High frequency of use

The purpose of an app must be on some level to affect the user. Opportunities to cause that effect are greater the more often the app is used. The Orange Wednesdays app is a prime example of this. The campaign as a whole is a well documented success, but what makes the app successful is that users load it up often.

By creating an incentive for users to load it up every Wednesday, they have built a large group of engaged users.

A great example of this is Foursquare. Foursquare is a location-based app that is half game, half review system. Users are encouraged to “check-in” at real world locations and post comments to their social networks. Every time someone uses foursquare, it gives them the opportunity to tell their friends about it using Twitter and Facebook.

When you are thinking of ideas for apps remember that simple is best and you can keep improving apps easily after they are released. Prioritise the importance of features and develop those features in order starting with the most important.

Agile software development uses a project management style that has this prioritisation and iteration at its core. By completing feature by feature in turn, you have a series of ever improving iterations of your app.

Get feedback from a group of beta testers as soon as possible and use it to guide the development of your release version. You may see patterns of behaviour emerging that you didn’t expect. It’s best to find this out as soon as possible.

4. Capitalise on the launch

The launch of an app can be incredibly important, it’s the single biggest opportunity for press coverage in the lifetime of an app. Therefore you must take full advantage of it. How do you do that?

5. Build on your success

Once you have made a splash and the app is being downloaded, start listening. It’s possible to collect a large amount of data on usage that can help you understand how people are using your app. You should also read the reviews and monitor the internet, trade journals, and social media for reactions.

Analyse the information you have and use it to improve both the app itself and the way you market it.

If you’d like to discuss the subject of creating and managing a successful app, please leave a comment. 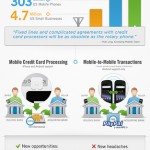 What is mCommerce all about?