Is crowdfunding “the new normal”? Darren Westlake thinks so. He’s the CEO of leading investment crowdfunding platform Crowdcube , which to date has raised over £80 million in investment for new businesses.

Westlake is on a mission to raise the profile of crowdfunding as an industry, and he’s seeking to bridge the gap between old school investors and the new school of fintech innovators.

“We can work together,” he says. “We’re not displacing the older ways of raising money and the establishment. It’s about adding to it and adding value to those more established players.”

Westlake will be speaking at WIRED Money Together with BBVA, our upcoming summit at the British Museum on July 8th. He’ll take part in the MARKETPLACES AND THE CROWD session alongside Samir Desai, CEO of Funding Circle and serial entrepreneur Julie Hanna, who is Executive chair of the board at Kiva.

He plans to give the WIRED Money audience a recap on the crowdfunding industry and what’s been accomplished in the four years since he co-founded Crowdcube with Luke Lang in 2011. “There’s still a lot of people out there who don’t really understand crowdfunding and how it works,” he says.

In the early days, Crowdcube was the first crowdfunding for equities platform. How much resistance did the company experience from the investment community? Initially, Westlake says, people were very sceptical about crowdfunding in general, in particular its effectiveness in raising money for small companies.

However, Crowdcube now works with venture capitalists to finance startups, a development that Westlake sees as testimony to his company’s track record. “We’re getting VCs referring deals to us on a very regular basis,” he says. “People are much more open-minded about it now than they were in the past.”

Another sign of crowdfunding’s growing acceptance is that in 2014 Crowdcube was selected as one of six partners by the London Co-Investment Fund (LCIF), a new Government-backed fund designed to address the funding gap in London faced by tech startups.

The crowdfunding platform was allocated £5 million to invest over two years and Westlake says they’re on track to achieve their aim of doing 27 deals this year. He acknowledges that being chosen to participate in the programme was massive for Crowdcube: “It’s a big endorsement of crowdfunding and its acceptance amongst traditional ways of raising money. Having VCs, having the government and having angels all mixed together in a single round is fascinating, and that’s the way the industry will evolve I think.”

Does Westlake have any other predictions for the crowdfunding sector over the next couple of years?

First, he says, there’s been a shift towards growth stage companies and bigger raises, which is a trend he expects to continue. “You’re getting these growth stage companies coming through now, they’re not startups anymore, they’ve been established for six or seven years and they’re profitable and they’ve got strong balance sheets and are looking to raise money to grow into the next level.”

“The other thing that we expect to happen over the next couple of years,” Westlake says, “is that the public markets will start to collide with the private ones. So we’ve obviously been listing private companies up until now, but we think that the crowd will want to invest in private companies and public companies, and it would make sense to have those public companies on a crowdfund platform like ours as well as the private ones. I think that’s what we expect, and that’s what we’re encouraging to happen.”

However, Crowdcube hasn’t abandoned startups. Back in March they launched a sprint programme to fund British seed-stage businesses. Westlake says it’s their way of serving early-stage companies better. “The ethos of the company is all about trying to help entrepreneurs and trying to help people get their businesses off the ground,” he says. “And we didn’t want to get away from still trying to help those sort of companies.”

The Exeter-based Crowdcube has offices in London and Barcelona and recently opened an office in Edinburgh that Westlake says is doing really well. They’re also eyeing more offices abroad. What’s next?

In what Westlake says is a deliberate move to better serve the regions, there will soon be a Manchester office, plus perhaps another one or more north of the border. “We recognise that people like to deal with people they know,” Westlake says. “Particularly in Scotland. There’s a lot of opportunities up there and we’re looking to open other offices as well.” 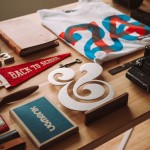 Is there a cookie cutter design process for small business owners? 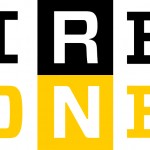