Over the last couple of months I’ve been lucky enough to interview some of the fintech heavy hitters who are lined up to speak at WIRED Money, together with BBVA on July 8th. As part of our conversations I asked each of them if they’d be willing to go out on a limb and tell us what they think could be the key developments in their sector over the next couple of years.

Their predictions all make one thing crystal clear: innovative use of technology is the key to the future of money.

It will continue to disrupt the world of financial services, paving the way for new solutions to completely change the way we think about banks, money and doing business.

An explosion in mobile money, disaggregation of the big banks, crowdfunding for public companies, seamless payment options via apps, a cashless society – all these possible new developments are underpinned by fintech.

“Omni-channel payments are going to take off. For instance, you will soon be able to access the payment details you initially used in-store for subsequent purchases in a retailer's app, without having to re-enter your payment details. Apps will become key sales channels with seamless payment options for a wide range of merchants (extending from companies like Uber to traditional retailers).”

“Technology is turning banking on its head. The massive adoption of smartphones, the changes in consumer demands and the arrival of new digital entrants in the banking arena are redefining an industry in serious need of transformation. Many banks have failed to fully tackle these changes and their future is compromised even if they are not aware of it yet. … A new league of competition is emerging, one where banks will both compete and collaborate with new entrants, and those that are not prepared will fail.”

“In 16 countries -- mostly in Africa -- there are already more people with mobile money accounts than bank accounts. … These numbers will continue to grow as more people get their hands on phones, especially on cheap smartphones. Mobile money providers are also pioneering some of the most innovative financial services in the developing world, such as low-cost life and health insurance, micro-lending for small entrepreneurs and agricultural financing for smallholder farmers, all facilitated through small micro-payments via mobile money. Bill Gates and the World Bank have identified mobile money as one of the four technologies that will significantly improve the lives of people in the developing world. It's set to explode.”

“Disaggregation of the banks is a trend that everyone's been talking about for a little while now. Customers have already started to use GoCardless, TransferWise or Funding Circle for products they would have routinely gone to their bank for five or ten years ago.” 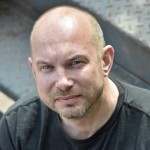 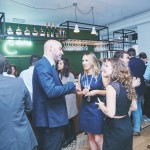 The value of building efficient relationships with authenticity