To sell is human

Daniel Pink discusses the changes in the world of sales and why so many are devoting their time to selling when the practice has becoming in decline, allegedly.

Sales as a practice has changed over the past 10 years. Door-to-door sales is a dying art and many companies have gone out of business. This is because the traditional sales practices seem outdated in a world where we can buy and research any product online.

Still, according to Pink’s research, 1 in 9 American workers are in sales, amounting to over 15 million people. And the rest of us are also selling, Pink argues. We are persuading, negotiating, and pitching, like lawyers selling juries on their verdict or public figures selling their personal brand on Twitter. In fact, a study Pink commissioned showed that people spend 40% of their work time selling something.

The cause of these changes are boiled down to three reasons: Entrepreneurship, elasticity, and ed-med.

Entrepreneurship. Largely thanks to the Internet, and partly to the success stories of businesses ‘making it’, has seen the rise of entrepreneurship – small shops or one to two person enterprises selling, as Pink writes, ‘services, creativity and expertise’.
For these small-business owners and micro-entrepreneurs, there is no dedicated sales force to bring in the customers; they are their own sales forces.
In the book

, Pink uses Brooklyn Brine as an example, where their founder started out pickling artisanal vegetables at a friend’s kitchen and selling them in the local market.

Elasticity. Not so long ago, Pink writes, ‘If you were an accountant, you did accounting’. However, intense competition and economic conditions have forced organisations to go ‘flat’, or at least flatter. As a result, functions are no longer rigidly separated as in the past. People needed to wear multiple hats at their job, making the work they cover broader and usually involve some kind of selling.

With the rise in small businesses and startups, thanks to innovations like eBay, Etsy, and Apple’s app store, we are all in sales now. Even jobs at large companies are broader and require some selling. And the growing field of education and health services (the largest job sector in the US economy) is about selling: convincing students to pay attention, and patients to follow through with treatments.

Ed-Med. Education and health are among the fastest-growing industries, and as the examples of the teachers and physicians above demonstrate, much of education- and health-related work involves non-sales selling. ‘Of course’, Pink notes, ‘teaching and healing aren’t the same as selling electrostatic carpet sweepers. The outcomes are different. A healthy and educated population is a public good, something that is valuable in its own right and from which we all benefit. A new carpet sweeper or gleaming Winnebago, not so much’.

Despite this trend, selling does have a bad reputation. Pink writes, ‘To the smart set, sales is an endeavour that requires little intellectual throw weight – a task for slick glad-handers who skate through life on a shoeshine and a smile’ – and deception, of course. But deception was only possible because buyers lacked information or expertise. Now, since buyers have reviews, ratings, and comparison shopping at their fingertips, sellers have more incentives to be fair and honest. There is a shift ‘From caveat emptor’ to ‘caveat venditor’ – seller beware.

To tackle this shift, Pink proposes changing the traditional mantra of selling ABCs, from ‘Always Be Closing’ to ‘Attunement, Buoyancy and Clarity’. When selling is mostly ‘moving’ people, the old rules of selling no longer apply. After making his case for the predominance of non-sales selling in our lives, Pink outlines the different strategies for 21st-century selling.

Attunement. The first trait of successful sellers is understanding the perspective of the buyer, and studies have shown us how to do this: assume that the buyer is the one with the power; focus on understanding the buyer’s thoughts rather than their feelings; and mimic the buyer’s gestures. As it turns out, studies also show that extroverts are not the best sellers, that title goes to ambiverts. These are people who fit between introverts and extraverts, as they are balanced in their approach to customers.

Buoyancy. The second trait of successful sellers is ‘buoyancy’, the combination of ‘a gritty spirit and a sunny outlook’. To survive repeated rejections, Pink recommends follow these practices.
1. Ask yourself questions beforehand (‘Can I succeed?’) rather than pumping yourself up (‘I am the best’); they encourage your brain to come up with answers, reasons, and intrinsic motivation.
2. Be mostly positive: it can make the buyer more positive and open to different possibilities (although a little negativity keeps you grounded).
3. Be optimistic: believe that rejections are temporary, contained, and due to external factors.

Clarity. The third trait of successful sellers is the ability to clarify what you are actually offering, and why the buyer does not want to buy. To the first point: do not overwhelm buyers with options, emphasise the experiences they will gain (not just the material objects), pick labels and names carefully, list a small negative attribute after the positive ones, and (when selling yourself) focus on your potential rather than your past accomplishments. Then, give buyers a clear method of action to take.
The book

covers many different techniques to improve selling in this new age of selling. First, the pitch. The ‘elevator pitch’ is not as relevant these days, when people are accessible not just on elevators, but by email, on social media, and around the office. However, people are more distracted. The six new ways to pitch are: the one-word pitch; the question pitch; the rhyming pitch; the 140-character Twitter pitch; the subject line pitch which promises useful content and curiosity; or the Pixar pitch – a six-sentence narrative structure supposedly used in all Pixar movies.

If none of the above works, practice improvisation techniques. Listen well and hear the buyer’s answers as ‘offers’, not objections. Say ‘Yes and…’, which means agreeing but adding a suggestion. And make the buyer look good – there is no sense trying to win arguments against them.

Finally, the best sellers adopt an attitude of service. They believe in the value of the product and how it will impact the life of the buyer. And because buyers also care about benefiting others, good sellers incorporate altruistic messages into their selling.
‘Selling, I’ve grown to understand, is more urgent, more important, and, in its own sweet way, more beautiful than we realise’, Pink concludes. It is part of human nature, as the title suggests.

If you consider yourself a beginner in the practice of selling, or do not consider yourself in sales at all, Pink makes this topic interesting and relatable using quirky case studies and useful exercises.
For those who consider themselves as well versed in the art of selling, I believe you will enjoy the read, and maybe add a sales technique to your arsenal.

Specialization in the retail industry 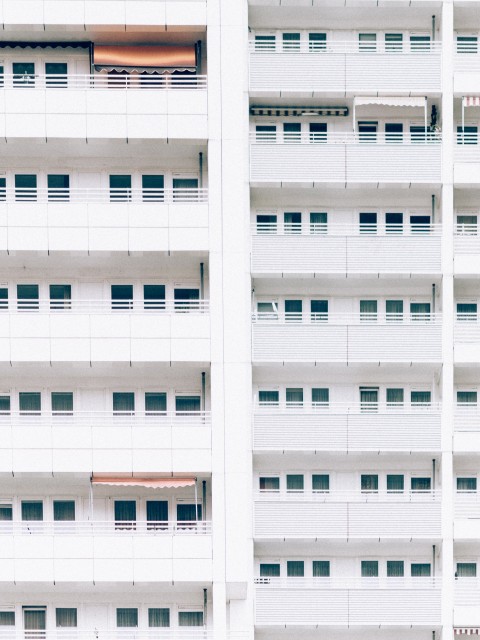