Originally from Issue 1 of The Startup Magazine

Popularised by success stories born out of New York and San Francisco, the US seems to be where startup dreams are made. With more foreign entrepreneurs flocking to the States every year, the US certainly seems like the go-to destination for the ambitious and daring. It is however, far from an exclusive club. In fact, European cities have dramatically expanded their repertoire to include and accelerate some very exciting startups. London’s Silicon Roundabout and Berlin’s Silicon Allee highlight this very phenomenon.

What is then the difference between Silicon Valley and its European counterparts? Does Europe simply lag behind the United States in every way? What about other countries and areas?

According to the EY G20 Entrepreneurship Barometer, Europe is actually a very impressive hub for entrepreneurship. The study analysed how governments, entrepreneurs, and corporations differ in respective countries. EY broke it down into categories from taxes and regulation, to unique entrepreneurial cultures. Here is a look at some of the categories, comparing the US to Europe.

An entrepreneurial culture is key in fostering people and companies that are on the riskier side of business. According to EY, 84% think that raising awareness of entrepreneurs’ role as job creators would significantly improve attitudes to entrepreneurship.

The reason why European countries are not in the top five in this category may, in fact, rest on their perspectives on failure. While the US is typically seen as a place where failure is a learning opportunity, European countries may see failure more negatively as a sign of incompetence or ineptitude. Entrepreneurs are generally more valued in the US than in other countries, leading to cultural adjustments in favour of startups.

Surprisingly enough, France and the EU do very well in this category. In essence, educational backgrounds create and support entrepreneurs. According to EY, 52% say that university and business school courses for entrepreneurship have improved in their country.

Incorporating innovative science and math courses, and straying from the traditional schooling model seems to foster creativity. Though Europe struggles in their attitudes towards failure, their strong educational base creates students who learn more and more outside of the textbook.

Here is the biggest surprise from the EY report. The highest levels of support for novel enterprise comes from a lot of the BRIC countries rather than the G7. It seems simple to assume that more developed countries would have the resources to support startups, but this underestimates the ability of the BRIC countries to be startup-friendly environments.

Countries like Russia have been extremely effective at creating coordinated environments to accelerate startups. Bringing government institutions, non-profits, investors, and entrepreneurs closely together is something that the G7 countries do more independently. The projects that are coordinated by the national governments of some of the BRIC countries seems to be a more effective way to boost innovation.

Though the US ranks in the upper quartile of the EY report on the G20 countries, it is far from alone. The UK, Australia, South Korea, and Canada also rank among the top of the pack. These specific categories, detailing how well certain countries do to foster entrepreneurship, show some surprising results.

But how can countries like the UK move up in the rankings and compete with the bold and risk-taking US?

With respect to venture capital funding, European countries have a gap that must be filled. Though there are plenty of top tier VC firms, the UK and Europe lack lower level funding for startups. According to the EY study, only 15% of entrepreneurs say their country has a culture that supports startups. By increasing the number of VC firms offering smaller investment packages, entrepreneurs can be supported at specifically tailored financial levels to try and kick start their ideas.

Besides financial encouragement, Europe needs to foster a learning environment for budding startups. Mentors are the key source of knowledge and encouragement at early stages of small businesses. A study by the Enterprise Partnership found that 70% of businesses who have mentors survive five years or longer. That’s a lifetime in the startup world.

The rest of the world is not necessarily playing catch up with the US. However, that does not mean there is not work to do. The ‘can-do’ attitude of Silicon Valley can be replicated. It is a matter of encouragement and support from all levels, giving new ideas the chance to become big businesses.

This article was originally published on Issue 1 of The Startup Magazine, you can subscribe to see the full issue here. 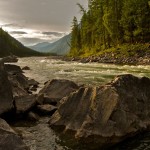 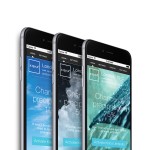