Originally from the Startup Magazine Premium

Darwin’s Theory of start-ups is not an original theory, I first learned about this theory at a talk by Sam Ramji in a conference a few months a go.

In his presentation Sam delved in to the theory of Darwin’s finches. Darwin’s finches are a set of different bird species, approximately 15 different groups of birds. All of these birds were found and studied by Charles Darwin on the Galapagos Island.

To briefly summarise the theory of Darwin’s finches; Darwin hypothesised evolution, that the different species of Galapagos finches descended from mainland finches that had reached the islands sometime in the past. Over time they evolved and gradual changes occurred to the island finches. Eventually they were different enough from the mainland finches to be considered a new species. Darwin proposed the island had become inhabited by many different but related species of finches. The following image was taken from Sam Ramji’s presentation, and graphically describes the evolution animal.

How does all of this biological science relate a startup company?

Start up companies, especially technology start ups, share similar patterns to those proposed in Darwin’s evolution theory. Businesses can be grouped in to sets (species), revolving around solving one problem. For example businesses that evolve around email may have one set of businesses who are the email inbox providers such as G-Mail, or Hotmail, YahooMail etc. The second set of businesses could be email clients, that includes Sparrow, Thunderbird and Outlook, the list can go on.

Ramji uses Twitter, and it’s API as an example of comparing Darwin’s finches and modern businesses and startup companies (see slide 86 on the Slideshare below). Using this example, there are many different types of  startups that have evolved from Twitter’s API.

Startup companies like Hootsuite and Tweetdeck for scheduling tweets, and Bit.ly for shortening urls so they can fit in a tweet. All of theses startups have different interfaces, functionalities and use-cases, however they all originate from Twitter, and function around Twitter, through harnessing Twitter’s API.

What can a startup company take from this?

1) If you are building a business that has evolved from a similar product or service, you need to define what value you bring when using your product or service. Using Ramji’s example, with Tweetdeck one can schedule their tweets, and there isn’t the necessity to be logged in to twitter when the tweet is published.

2) When starting a business, or running a start up, you need to be aware of your market, and understand that there are other companies similar to yours. What you should do is study your competitors and find what defines you as the successful business in your market.

Finally Ramji has demonstrated that there are some similarities between Darwin’s evolution theory and 21st century startup companies. It is now for you to distinguish your company in your market, and succeed. 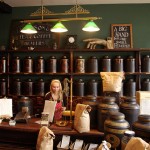 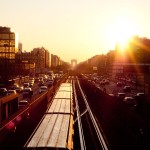