Legal Insight, The importance of a good NDA

Anyone who has seen the film “The Social Network” about the creation of Facebook will appreciate the importance of guarding a good secret and ascertaining where the idea originated. Billions of pounds can be at stake by not properly protecting your business’ sacred information. Just look at the Apple versus Samsung litigation to see the effect.

But what if you have you got a business idea that you need to discuss with other people? You may need to take soundings on the viability of your idea or start talking to potential backers. However, as paranoia seeps in that those you want to collaborate with may steal your amazing idea, your desire to communicate with them diminishes.

What can you do to ensure that you achieve maximum advantage from partnering with others without losing your shirt?

There are various pros and cons to asking potential partners to sign a Non Disclosure or Confidentiality Agreement (NDA). Which form to use and whether to use one at all will depend on many factors.

If you are passing sensitive or confidential data to someone for review purposes or for them to assess whether a business relationship should be pursued a simple NDA is all that is required. The main element of the NDA is to put the receiving party on notice that the information that they will receive is regarded as commercially sensitive. The agreement will stipulate who the information can be shared with; such as accountants and lawyers, how it should be stored and what should happen if the relationship does not proceed. Where most data is shared electronically, consider how likely it will be that the receiving party can properly protect your sensitive data and destroy it when the relationship is not to be pursued.

If the other party is also going to be sharing their information with you, a mutual NDA will be best so that both parties are subject to the same obligations. This may not be as strong as a one sided NDA but shows the other party that you can also abide by promises of confidentiality.

Very few ideas are entirely new and elements of your idea may already be known to the recipient or in the public domain. The NDA should clarify whether it covers sensitive information about your idea that the recipient may have seen elsewhere. They will not want to be responsible for keeping secret something which is already widely known.

Experienced investors, angel networks and private equity houses receive hundreds of pitches, many of which have a similar theme and possibly similarities with ideas that they may be developing themselves especially if they are already in your sector. Their ability to protect your information and keep it separate, physically and theoretically, from other ideas that they have seen is often impaired. Many such investors will not agree to be bound by NDA’s for this reason. A confidentiality notice or an undertaking in correspondence may be the best you will get. Whether you want to share information with a party that does not want to sign your NDA will be a delicate balance of how useful they may be to moving your idea to the next level.

Of course, the more your idea is shared the harder it gets to keep it a secret.

A NDA is a contract between two parties and is enforceable provided it is proportionate to the type of information being shared. Imposing huge sanctions on a receiving party for breaching the agreement are unlikely to be upheld.

Drafting a NDA needn’t cost a fortune and a good template or precedent can be easily modified for different scenarios.

Ultimately, the purpose of the NDA is to notify the other party that you are serious, that you care about what you are sending them and that it has commercial value. Whether your idea is a success will have to rely on a whole host of other factors. 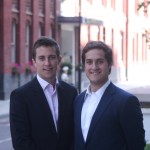 Finding that Piece of Motivation