The narrative of start-ups, are you building a brand?

Early stage start-ups are rarely concerned with their branding. Brand identity is often thought of as something that can be put on the backburner and cultivated once a business is ready to launch.

But here, I am going to reason why start-ups should think about their messaging right from the start.

Founding teams tend to be laser-focused on product building.  The growth of ‘hot’ start-ups has created a belief that if you build the right product, customer acquisition will take care of itself. Now of course nothing can make up for a poor product, it makes sense to put product development before branding.

But as a company moves forward and begins to seek out investment to launch, the message of the company begins to take on more significance and adopting the right brand strategy becomes crucial.

“Start-ups are actually positioning and branding themselves from the first time they ask a friend or family member to support their idea.” – Eric Pinckert, BrandCulture.

An interesting observation is that many start-ups begin life with a highly personal narrative that puts emphasis on the personality of the founding team, their backgrounds’ and the opportunity they spotted. The emphasis on the personal story of the founding team emerges predominantly from a desire for credibility as well as the strong emotional attachment to their work.

Investors seek a credible team; they need to be convinced that they are funding the right team to carry the business forward. People are also naturally protective of their work and it can’t be forgotten that in reality few start-ups actually succeed (some estimate less than 5% make it through their first year). This self-centric narrative is also born from the highly emotional connection founders have with their business; with the likelihood of failure high it is unsurprising that an “us against the world” mentality takes hold.

But as a business grows, the narrative of the company has to shift from a founder-centric, introverted one to a brand-focussed, external one.

There are notable businesses which illustrate the trouble in shifting brand narrative. Groupon chose to pull their advertising campaign which launched during last year’s Superbowl, a series of adverts that many found to be offensive and led CEO Andrew Mason to issue an apology for.

Groupon is a company with a compelling proposition and, up until the advertising campaign, had largely let the product do the talking. The campaign was an opportunity to introduce their brand’s personality to the world, but  instead it looked like Groupon was talking to themselves. They may have thought they were producing a lighthearted campaign but the joke was missed by the public, and instead displayed Groupon as selfish, uncaring and greedy rather than a brand who obviously believe in the importance of customer value.

So with all this in mind, what can we take from the issues of Groupon et al with developing a strong brand identity? 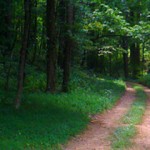 Entrepreneurial Spirit, by the Cirion Group 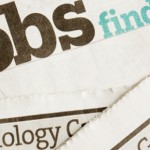 How To Find Your Perfect Candidates For Free