Roger Planes CEO of Glipho.com talks to the startup magazine.

Glipho is a UK based Social Blogging Platform. It brings the power of social networking and SEO to traditional blogging. Connect features and intuitive category tags make content publication and writer discovery easy with no design, SEO or social marketing skills required of individual users.

Glipho’s demographic is very wide reaching. It caters both to existing bloggers (you can import posts from the major existing platforms) and to people who have never tried blogging because it seemed too demanding.

This following gives some more insight about how Glipho works:

After being unsuccessful at creating and maintaining a couple of blogs, we wanted to try and create something better. Why? We found that traditional blogging meant spending too much time on design and plugins. Furthermore, it was difficult to reach an audience for our blogs and we found that we spent more time trying to promote ourselves than we did actually writing.

We wanted a platform where writers were able to focus on their writing while the platform itself handled everything else.

That is why we started working on Glipho.

I have been working in the UK Media Industry as a developer and social media strategist. I was creating news websites and tools for journalists and that’s where the idea of Glipho started.

Glipho was launched in London in 2012 and currently operates under 11 employees.

Getting exposure. People are reluctant to give you their time when you are new and so in the beginning getting people’s attention can be very difficult.

What has been the latest development in your company so far?

Glipho has recently launched in the US market, and is hiring for it’s first satellite office in downtown Boston. The decision to go to the US was because we’ve already seen an impressive volume of content from Americans, and we’re excited to publicly launch in the U.S. market

We would like to increase our user base by the end of this year and expand in different countries. We also plan to focus on our mobile app and start localizing in different languages.

I would say just do it, you will have to work harder than you ever have before but it’s all worth it.

7 essential steps to take as a new start-up 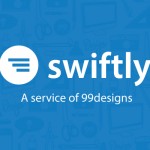 99designs breaks new ground with the launch of Swiftly.com