Keeping costs down is always one of the key considerations for business owners, especially in the current testing economic climate where every single pound is important.

Technology is regularly seen as one of the areas where savings can be made and rightly so, as this sector is moving forward extremely quickly and means companies may end up with equipment that is badly out of date unless they keep up to speed with regular upgrades.

Having to use old and malfunctioning devices is also sure to lower morale in the office and company bosses will want to make sure staff members have all the tools they need to do their jobs quickly, efficiently and to the highest possible standards.

New technology in the office

Older printers will not be able to make the most of the very latest technology and that is why many organisations will be considering getting rid of their old models to upgrade to the latest machines on the market.

Wireless computing is known to all of us now and it is easy to forget just how recent the rise of this technology is. Just a decade ago it would have been unheard of to suggest that an office could run wirelessly, but this is now the case for businesses all over the country that have made the most of the latest tech to upgrade their firms.

The latest colour multifunction printers to be released take full advantage of wireless computing and this means it is easier than ever for members of staff to print their documents, even if they are not in the office at the time. Another development as a result of technology is the rise of flexible working and offices without a wireless printer will be missing out.

Arguably the biggest change to technology in the last couple of years has been the rise of the cloud, which is now being used increasingly by companies.

Although security concerns have held some businesses back from making the leap to the cloud, others are already reaping the rewards of being able to store their data in the cloud.

The cloud is also vital for printing in a 21st century office, as members of staff will be able to use cloud technology to print their documents wirelessly.

Usage of the cloud is only going to grow in the coming years, so those organisations that do not sign up to the cloud are at risk of being left behind by their rivals.

In the last few years, printers have changed beyond all recognition as well. A decade ago, most officers would have a printer that could only do the one job, but companies now are looking to invest in devices that can handle a wide range of different tasks.

The modern colour multifunction printer is nothing less than a marvel, as it can not only print to a very high standard, it can also act as a copier, a scanner and even a fax machine.

This means companies need to have just the one device in their office instead of four or even more, meaning there is more space, as well as less energy being used. These colour multifunction printers are therefore eco-friendly and they are also very easy to use compared with some older, more traditional type models.

Firms without a multifunction printer in their office are simply missing out on the vast range of benefits that are there to tap into through an investment in just one device. 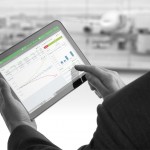