The Prince’s Trust was set up by Prince Charles with the sole goal of helping young, disadvantaged people make the most of themselves. After a series of training programs and mentoring support in addition to financial grants, those enrolled on the Trust scheme often outshine all expectations and many become entrepreneurs.

This year, there’s been another wealth of incredible stories and new businesses, run by young people which didn’t have a great start in life. So far, The Prince’s Trust has created more than 125,000 entrepreneurs, and offered business support to more than 395,000 struggling youngsters.

This year’s Princes Trust Awards have already seen some truly inspirational youngsters rewarded for their progress. Amongst the winners are some hugely successful SMEs.

Boko Creative, a video production company, was set up by now 24-year-old Jasmine Hetherington-Wilkes after struggling with unemployment and low self-esteem. The business now lays claim to a host of awards and a client list which includes the likes of Coca Cola and Nespresso.

Founder Vanessa Good, now 26, wanted to start up her own travel business. Using her skills in marketing knowledge, she approached the Prince’s Trust for funding with her idea. Now, she’s recently purchased three foreign exchange outlets and started up The Good Travel Company.

Chris Mullins saw a gap in the market for a male grooming salon, and after struggling with years of depression, attended a Prince’s Trust Programme. Now, his male beauty salon continues to go from strength to strength.

This award-winning beauty salon was set up by Jemma Cooper, a now 25-year-old whose personal setbacks saw her struggle to get her idea off the ground. With two local awards already under her belt, Jemma has recently branched out into a spin-off business: HI Therapies Events.

Prince Charles, who turned 65 this year, looked on in pride as his Prince’s Trust Awards reached their 10th year. Speaking to the BBC, Vernon Bogdanor, constitutional expert, said of the Prince’s contribution to public welfare:

“It is no longer a mystical or magical monarchy, it has become a practical or utilitarian monarchy and people judge it in terms of its contribution to society and public welfare.

“The Prince of Wales is very much attuned to that mood. In a sense he symbolises the practical, welfare monarchy – and that’s the particular contribution he’s been able to make.”

Can I get involved?

If you’re a young person struggling to start your own business, the Start Up Loans Company can help you. The government comes after the recent announcement of the government’s loan fund created to support 18 to 30-year-olds whilst setting up businesses.

You can find out more about the Prince’s Trust start-up loans here. 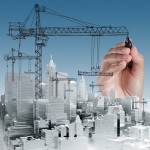 4 Must do tips when opening your first store