January isn’t exactly the easiest time of year if you’re a publican. As if the prospect of ‘Dry January’ wasn’t enough to dampen the spirits, further doom and gloom came last month with the release of figures suggesting that the long-term trend of pub closures seems to be continuing unabated.
But it isn’t all bad news. In many big cities especially, it’s hard not to notice the rise of pop-up bars and restaurants. Meanwhile, it is increasingly possible to find dotted around the country examples of a new kind of watering hole dubbed the ‘micro pub’. Do these models offer genuine opportunities for newcomers in an otherwise challenging market? We take a look…
Running a bar: the big problem…
Many an entrepreneur has cast an eye over a crowded bar and toyed with the idea of getting involved with something similar. In the cold light of day though, a glance over the industry-wide statistics is enough to put anybody off. Latest figures from The Campaign for Real Ale (CAMRA) show that pubs are closing at a net rate of 29 per week; double the rate of 2011. Looking at what pubs are faced with, it’s not hard to see why. Cheap supermarket booze, home cinema systems, special deals on TV sports packages: they all provide less of a reason for punters to venture out to their local. Then there’s the cost of the actual premises. From sleepy country inns through to seemingly thriving urban nightspots, one universal driver of pub closures is the harsh realisation that such buildings are often a much more effective cash cow when turned into luxury homes and retail units.
Is there any way around this? What are the alternatives to the standard pub set-up?
The Micro-pub
The number of establishments on the Micro Pub Association’s directory recently hit the 100-mark. The number may represent small beer, but what’s striking is the high proportion that have sprung up just in the last year or so. Many of these are converted tiny shops and consist of one or two rooms. Quirky and convivial, there tends to be a strong emphasis on real ale; a big selection of guest beers and, more often than not, links with microbreweries.
From a business point of view, bear in mind the following:

The ‘Pop-up’ Model
Bars, restaurants, shops, galleries, gigs: the London Pop-ups website gives a taste of how popular and diverse this model has become. The big appeal of the “mobile bar” is the potential to get involved while bypassing the need for expensive property leases. Setting up a beer tent in the high street is rarely if ever an option. Think instead in terms of festivals, corporate events and private parties.
Here are some points to consider:

There are ways of getting around the problems that traditional pub premises are struggling with. Budding newcomers beware though; no matter if your business is on wheels, in a converted barn or in a more standard set-up, sheer hard work and knowledge – both of your product and your market are all requisites for success. 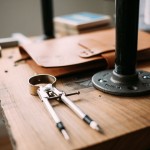 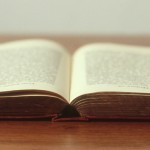 As one of the most exciting industries in the world at the moment, the construction industry provides tons of people

Running your own business is incredibly liberating and fulfilling, but it can also be a particularly challenging journey, especially considering