The Sustainability Compass is a mobile app, and its purpose is to promote smart and sustainable thinking. Derived from two scientific frameworks, the app asks its users to think about how their decisions/projects can become more sustainable. Some of our users say that it is a strategy app for decision-making, while others understand it as a philosophical app which allows them to better what sustainability really means. We think that sustainability begins with consciousness and understanding, or smart thinking, which has to result in smart action.

There are two ways to create impact and business.The first is about selling the app to the general public (mainly the LOHAS group), educational institutions, businesses, which would like to promote sustainability within the company with a fresh approach. The second is about building a global network of partners which promote different language versions. The Sustainability Compass is a platform, which can be easily used for co-branding (and brand enrichment, and with which we intend to build a global network of sustainable thinkers.

The app includes a free card deck, which in other domains usually cost up to 50 USD. The card deck is an inspiring instrument for teachers, project leaders, and sustainability leaders. To understand its benefit better, we opened a separate website: www.sustainabilitycards.net.

Compared to other apps, our app focuses on creating and using a unifying language about sustainability. Many apps focus on action and advice, but somehow they remain unconnected because they lack a holistic understanding of sustainability. The Sustainability Compass speaks the language that can be, and is fundamental for all sustainability apps.

We also have a global ambition. Our app is not complex, allowing it to be translated in every language. The cultural context is not in the app, it is established by its user.

An important inspiration for us is the founder of The Natural Step, the Swedish cancer specialist Karl-Henrik Robèrt. In one of his latest statements he says that sustainability nowadays is well understood and that the business case is clear. He says that what we are missing are enough leaders who will act upon sustainability in time before it’s too late. We think that everybody is a leader and should aim for action.

Additionally, an inspiring tool are the IDEO method cards, which speak through short texts in everyday language and through big pictures. Another app that I like is the Moral Compass, which helps decision-makers to create better decisions by asking questions about the moral background of their decision-making.

We are driven by our conviction, based on experience, that advice and giving solutions doesn’t move people. People need to find the answers themselves. So the Sustainability Compass would like to be a partner in everyday life that continually asks you questions. Ideally you wouldn’t need it any more in the end because you have learned to ask the right questions yourself.

Yes. Our main concern was and is the fact that not-giving-answers-and-solutions is a sort of anti-app approach. Normally, people buy an app to make their lives easier, whereas our app makes it more challenging, and maybe even more complicated. So we have to find an appealing story in order to attract our target group. Right now the story is: “think smarter, act smarter.” But in the end we will need to find people who want to be challenged.

I am an enterprise consultant for innovation, design and sustainability, so I was forced to become a “startupper” myself. I also founded the Swiss demographic forum for businesses. I also co-founded The Natural Step Switzerland and my own company Mensch Design Innovation GmbH. In my earlier days, I was very active in the arts and founded a choir in Switzerland that performed together with English orchestras, which play period instruments. That was a lot of fun and expensive, so fundraising was my central activity then.

Because I did fundraising quite extensively in my earlier days, I didn’t want to do it here. I decided to do the initial investment by myself and then to build partnerships around the world. It was impossible for people to commit to an app which wasn’t live, so I had to do it with a network of friends who supported me in designing the content and the app user process. Now my first partnership is established. It’s with Orozco Consulting from Mexico-City, for the Spanish version – Brújula de Sostenibilidad. Other language versions will follow soon!

Designing and implementing the app took us about one year. The team behind it are mainly friends from The Natural Step network and design specialists. Most of the time I work together with experts based on projects. Right now there are three of us continually working on the app and its promotion.

I think the biggest challenge is to find a technical partner whom you can trust and has a strong sense for user experience, good design, and quality that isn’t too costly. I am very happy having found this partner in my hometown in Switzerland. The company is Avanet, and if I didn’t know better I would say it was pure luck!

That’s very clear. I’d like to find three to four new partners. The second partnership is already established and the Portuguese version is coming shortly. And I’d like to raise sales figures slightly. For 2016, I expect a dramatic increase in downloads.

This lesson is ongoing. We are continually figuring out how to interact with people and users, who give their advice and know how to better our service. In doing so we have learned that you can make a lot of inspiring connections when you try to do something useful.

Do no harm. Be the servant of a story that makes meaning. 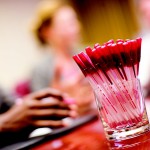 5 Reasons Why Your Employees’ Training Should Never Stop 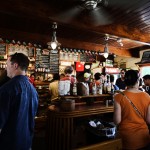