Having spent a 2011 introducing start-ups to investors, Peter Walsh, founder of Match Capital, came to appreciate that the world of raising capital was archaic. Why was it that, in an industry revolved around time saving technology and life hack applications, did it take at least a year to raise the capital to fund these brilliant projects? As a result, some of the best of these inventions were losing the opportunity to even launch due to disjointed investment connections and poor visibility of the investor audience.
And if you were lucky enough to raise the capital, you then had to give away on average 10% (and a few management fees on top) to guys like him who wanted thanks for that introduction. The whole process was lengthy, labour intensive and fraught with uncertainty.

And so, two years ago, Match Capital was born: a start-up itself with the sole aim of helping other start-ups find funding, but without taking any success fees and therefore helping growing businesses hang on to all the capital they can. Instead, for a small monthly subscription, it give entrepreneurs access to over 600 investors and ranks them in order of relevance (or in other words, likeliness to invest). The platform also shows them how they’re connected via LinkedIn, making introductions really easy. In addition, there’s no minimum contract, so growing businesses keep practically everything they raise.
Match Capital is the first and only online platform to use data science to identify the investor landscape through the eyes of an entrepreneur, giving him the tools to distinguish the most relevant investors for his investment proposition, as well as the ability to connect with them, while minimising the time spent away from the everyday running of the business itself.
To date, the Match Capital platform has helped subscribers raise more than £6m of equity capital using its complex algorithm, built by Jagadeeesh Gorla, a Microsoft Research Cambridge Ph.D. scholar. Having been part of the team that built the XBox recommender and matching systems that are used by millions of users, Jagadeesh is one the world’s top information matching scientists, and has built an impressively accurate system that recognises via numerous complex channels, how relevant an investor is to an entrepreneur. It also recognises live deal flow: active, occasional and dormant investors are all automatically allocated different weightings by the algorithm, drawing investment news and history from data sources such as Techcrunch, Crunchbase, CB Insights, Forbes’ Term Sheet, and other deal announcement platforms.

A subscription to Match Capital is normally £29.99 per month but all Startup Magazine readers can now benefit from their first month’s subscription totally free. It’s easy to sign up and there are no obligations or minimum contract terms. Sign up using the discount code TSU14 and find your most relevant investors today. 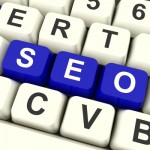 The Ultimate Guide to PPC Campaigns 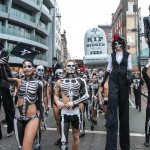