Living Wage Across UK Raised to £7.85

A report by the BBC has found that the Living Wage Foundation is about to increase the national living wage to £7.85 – an increase of 20p, while the rate in London is set to increase from £8.80 to £9.15 – a 35p increase.

Although it might be the case that the UK economy is apparently out of recession – and in some people’s views – booming, it’s also the case that the vast majority of ordinary, hard-working people are struggling more than ever to make ends meet.

While the government implements austerity measures that are sucking the nation dry of all of its national assets, yet benefitting the people at the top of the economic pyramid, everyday people who work hard to scrape together a living are struggling to make ends meet or look after their families’ basic needs.

Therefore, it could be seen as a benefit that it has just been announced that there will be a national increase in the living wage of 20p to £7.85. Meanwhile, in London, where this struggle for survival is perhaps the greatest, the living wage is set to increase from £8.80 to £9.15 – a slightly more considerable amount.

Although these small increases in money might not seem a lot, the extra few pence an hour adds up to a total per week that is not inconsiderable, and when rent is so high and bills are so steep (and with winter on the way), people will be grateful that they’re receiving any form of increase altogether.

But Will They Actually Receive the Increase?

And herein lies the problem. Although the living wage is set to increase, whether or not employers actually use it is up to them. The living wage is a guideline wage, and not a compulsory minimum – that’s the minimum wage that has been set at £6.50 for some time.

Although the new UK living wage figure is actually now 21% above the minimum wage, it’s still only enforced by roughly 10% of the UK’s employers, and this means that very few people will actually receive any benefit from the increase in living wage.

In fact, some commentators are predicting that the new living wage increases the barrier to offering the living wage so much that there could potentially be a decrease in the number of companies taking up the living wage and offering it to their staff.

Alternatives That Are More Inclusive

If you’re finding yourself in a troubling financial situation, it’s statistically unlikely that your company is going to offer you an increased wage because of this increase in living wage. Therefore, it’s best to make other plans that can help you make the most of the money you will earn.

This could mean following a strict, self-imposed budgeting regime, or it might mean finding free ways to fill you and your kids’ time this half-term like the ones suggested by Different Money.

Ultimately, the increase in the living wage doesn’t necessarily matter to ordinary working people because most ordinary people aren’t employed by companies that can afford to pay the living wage. 90% of companies across the UK are still paying their employees the minimum – or close to minimum – wage, and this means that people will have to find other more innovative solutions to their financial problems.

In conclusion, you could suggest, perhaps cynically, that this increase in the living wage is a simple marketing technique because it doesn’t really have as large as an impact as the Living Wage Foundation would like us to think, but even if that’s the case, at least some luc 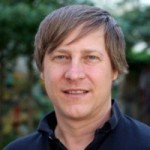 Interview with Jörg Fehlinger, Co-Founder and CEO of Artist Radar 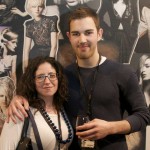