Since February 2014 Manuel Frigerio and Anthony Francis have been working together on Campusboard. Anthony initially started the project a few month earlier and joined forces with Manuel they found each other on CampusBoard. Manuel took the lead of the Marketing and getting the word out and on the tool while Anthony focused on development.

CampusBoard is a place website where events and jobs around London are listed. Event organisers can publicize their events, while attendees get event recommendations according to their preferences.

Where did the idea for CampusBoard come from?

Anthony started CampusBoard as a pet project, trying to learn how to code and was following programming tutorials online. He felt he had to apply his knowledge to something. He was working at Google Campus and saw the notice board for events was just up on  the wall with out dated flyers and bits of paper, and he couldn’t believe that in 2014 this hadn’t been done better.

Anthony started to make a very basic event listing page as a digital board. Eventually as word got out and people started using it, both event organisers and attendees started to request more features. All this extra work made he needed to find someone else, which was me, he actually posted a job add through CampusBoard which I randomly found this position. Around January 2014 I was freelancing and I stumbled across this post, it looked interesting to me and I applied. We had an initial conversation and everything from the very beginning was really smooth, we both had the same ideas.

So far what do you feel has been your greatest achievement?

Over the past year we have had a lot of good meetings and a lot of happy moments, honestly since the very beginning people have been really excited by what we are doing and CampusBoard grew by itself through word of mouth.,

I think  our greatest achievement was being invited to exhibit at the National Conference of the Conservative Party, they invited four startups from the entire UK and we were the only software company. All the MPs where there, the BBC and national press, it was actually really cool. In the evening all the MPs came to our exhibition and started asking who we were and what we are doing. Honestly 99% of them did not understand what we were about, they just all looked confused. Apart from two guys who really understood what we are about, and we are actually still in touch with this MP who is responsible for relationships with the European parliament.

Starting a company is always dificult, what were your concerns when you started working on Campusboard?

I obviously had concerns, but this was not my first startup for me, and neither is it for Anthony. So we know when working with someone especially at this, the co-founder level, you are going to end up spending most of your time with this person. You don’t have to agree on everything, but you always have to find a way to work things out and keep each other happy.

In the beginning we did not know each other that well so during the first couple of months we spent time understanding each other and working out how best to work together. As I said form the start we had this ‘chemistry’ sound very cheesy I know, but this is just true we understood one another right away. We never thought of making this thing a real business it was always a pet-project and only because people were probing us to take things seriously.

What was your tipping point, how did you decide this was more than a pet project?

We actually had a very funny story, we introduced this very very basic feature to pay us to feature your event on CampusBoard. This was a very basic model, and within twelve hours of launching we had our first customer. We couldn’t believe what happened. After that we thought we are on to something, and a few days later our second transaction was complete. This made us believe in the business.

You recently successfully to raise some funding, how did you go about doing that and what are your growth plans for the coming year?

We successfully raised some funding from an angel investor. Our growth strategy is to continue doing what we are doing but grow on a greater scale to become the platform in London for opportunities in the city. We know that if you can succeed in London you can go anywhere as London is such a competitive space. We can easily export the model, plus we have a number of ideas of how to grow, and we might have a big big surprise coming soon.

Taking a step back, what has been your biggest challenge as a founder?

I think the biggest challenge for me personally is really the number of hours you spend working every day, every week. I’m talking about 60 hours a week.

The problem is when you are at the initial stages you don’t make enough money to sustain yourself, which means more work!

I remember in the first four five months, I lost something like 5-6 kilos, because I was awake all the time, always stressed and always with something to do. As my second job I was freelancing and consulting as a developer. I was consulting a number of companies which was really fun, and I actually learnt a few good lessons to take to my own business. I must say this was the most challenging thing I had to go through.

In my opinion, this is probably ‘the reason’ if not the top three reasons why startup founders quit, because they can’t keep up with supporting themselves and growing their business. After a few month they can give up.

What do you feel has been your most valuable lesson?

So far it’s been a big journey, a bit of a roller-coaster, but a great journey. If I was to say one thing it would be the ability to priorities things. You have so many things to do all the time, you have to prioritise what to do and when. Every day, every minute, you have 10 things to do at the same time, and then you have to choose the most important two or three things. It’s not a thing to learn, you can only do it when you are in the situation .

To prioritise I write a lot, I use to do lists and even digital one’s like Keep and Trello, they actually help me a lot!

If you could give one piece of advice to someone who has just started, or is thinking of starting a business, what would it be?

I would say, before you start exploring your idea, think is this something you are willing to do everyday for the next two to three years, because this is what a startup is. It’s not something you do for 6 months and sell to a big company, this is not how it works. You have to stay focus and committed for a long time.

So before starting what could be an amazing journey, ask yourself, am I willing to spend two three years on my life, on this idea, on this project.

The startup Magazine is using CampusBoard on our events page, have a look at upcoming events in London. 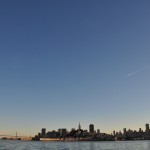 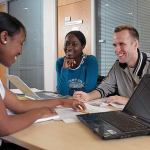 The Incredible Benefits of International Business