Who is Believe in Denim aimed at?

Believe in Denim is aiming at every man who wants to wear something more, something exclusive, without being predictable.

We are offering a premium garment, with an astonishing Italian design and made with the best Japanese Selvedge Denim, at an affordable price for everyone.

According to the market prices, “Believe in Denim” is more than 3 times cheaper than any other Selvedge jeans of the same quality.

My passion for apparel in general addressed me to start a fashion project, and crowdfunding was the best way to show my idea, trying to get funds to make the first production.

Since one year, I’m running as co-founder an Italian startup. It’s called Intrart (www.intrart.com), and it’s basically the first search engine for museums and art galleries. Until now, we scheduled more than 700 museums in Italy, and we planned to add other European cities in these months.

I got interested in the startups world because of my wish to build something mine.

I didn’t raise any funding. I spent all my little savings to make the samples and to promote them.

Every day I’m in front of a new challenge. Starting with the research of a factory that was able to produce my jeans, now I can actually say that the biggest challenge is to find the right way to spread my product to the potential costumers.

Depending on the Kickstarter campaign results, I have some plans about a website in which customers can choose what we’ll produce, through a crowdfunding-based system.

This might seem obvious, but the most valuable lesson for me was that there is no end to the work you have to do to make people know about your project.

My advice is of trying with all your efforts to make your idea go live. Even though you will not reach your goal at the first time, you’ll not have lost the occasion to do something, and you’ll have gained so much experience that next time, you will not miss your aim anymore. 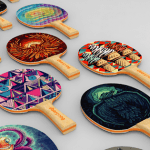 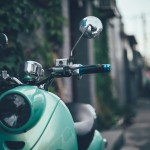 Tools for Startups on the Move