David Lowe moved to Austin, Texas and created Uberpong – a company that would bring style and customization to table tennis with a mission to change the face of the game. He also realized that a social ping pong movement could improve society in the same way it has in England, China, Germany, the Philippines and his workplace. Until Uberpong, the words, “cool ping pong paddle” had probably never been uttered. But now, with personalized, stylish paddles, everyone can have a ping pong personality.

David has bootstrapped Uberpong from the start as he has found that most of the VCs he spoke to are looking for pure tech businesses.

Following James Caan’s doctrine of  “Observe the masses and do the opposite”, David believes Uberpong, and ping pong in general are great for leisure, wellness and sports. “It keeps people sharp,” he said.

Bootstrapped from day one, Uberpong is a lean business with incremental, organic growth using social media to connect with real life tournaments. Uberpong’s biggest challenge in the coming months is to create a x5 growth over last year, which is what David, his team, and his board have committed to.

They want to be in a strong position when looking for investment, wanting to show value and understand clearly how the business can grow and scale.

When asked he kept focused David replied: “Meditation, to set time to focus on something else other than work.” It’s something he currently does somewhat sporadically, but David strongly believes that meditation in the workplace in the morning and evening is something that would be perfectly acceptable in Austin. No eyebrows would be raised, like he imagines they would be in the UK.

The future for Uberpong is a broader product mix including: tables, professional paddles for pros, and targeting Europe and the UK for sales of customised Uberpong paddles.

David believes business leaders need to be learning constantly. “You will learn a lesson every 5 minutes,” he says. “Never get too confident, because it becomes arrogance. Sometimes you will get knocked down and you need to be in a position to always bounce back and hit go harder.” 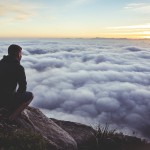 Interview with Wallen Mphepo, Co-founder and CEO of iShuu Tech 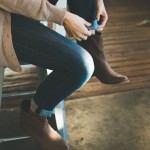