Interview with Preet Anand, CEO and Founder of Bluelight BlueLight is an Android app which provides its users unprecedented mobile connectivity to the country’s public and private emergency services. It’s better than dialing 911 from your smartphone to get help in an emergency.

With just two taps, BlueLight routes your calls to the nearest responders, private or public, and gives them your exact location and other vital information. Additionally, up to five designated personal contacts are also alerted via SMS of the emergency and of the user’s current location to within 60 feet.

Our current key audiences are young people on campus and in urban areas, as well as adventurers such as runners and cyclists.

We’re focused on being the best way to get help for you – wherever you are. This means being a trusted service with robust infrastructure, easy-to-use design, and demonstrated value.

In my freshman orientation for college, back in 2006, I heard the statistic that one in four college females were victims of attempted sexual assault. Having a sister, along with other many other important females in my life, I decided to make a dent in that number by developing a better solution. I made the wrong choice of trying to make pepper spray better and quickly learned that wasn’t the right idea.

Fast forward five years and I was a Product Manager at Zynga. Someone I was having coffee with had to jet to a meeting and left their wallet behind but took their smartphone. At a subconscious level, he made the decision that his phone was more important than his wallet (his identity!). I realized the solution had to be on the smartphone to get widespread adoption.

The company was officially founded in January 2013. As we were learning about emergency communications for campuses, we realized that the opportunity was to improve 911 itself.

We’re asking a lot of our users to use BlueLight instead of dialing 911 when they have an emergency.  That’s asking a lot, and we need to earn our customers trust.

My parents were in business and I have wanted to be a businessperson since I was 12. In 2006, I chose to go to school in Silicon Valley just to be near startups.

I put $60,000 of my own money into the company initially. Afterwards I raised money from friends, family, and angels from the Zynga network.

Hearing the excitement of our customers when they tell me that they feel safer.  Also, the team we’ve put together amazes me every single day. Motiejus, Peter, and Alyssa are terrific.

When we were initially selling directly to campus institutions, the sales cycle was really difficult and it was painful trying to make them understand the potential of smartphone technology. That being said, that also turned out to be a great opportunity as we have had students requesting our service at more than 350 campuses across the USA.

I would like to demonstrate credibility in our two target markets of the Bay Area and Milwaukee, begin generating revenue, raise a significant round of capital, and grow the team.

We’d love to add more campuses as we can set up a campus network in less than a week.

Be very focused on what matters for your business. Also, a great team can achieve wonders.

It’s hard.  Know exactly why you want to do it, and remember that when things get dark. 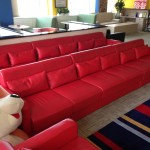 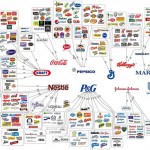 Starting A Business? Easy Ways To Promote Your Brand