Interview with Muneeb Mushtaq, Founder and CEO of AskForTask

What is your startup?

AskForTask is an online marketplace that connects people with trusted “Taskers”, who help with daily errands and tasks.

AskForTask makes it easy to post any sort of task online. Whether it is a quick errand you need help with, or a few hours of tough manual labor that could require a team of people, no task is too big or too small to post.

AskForTask allows users to set the job requirements and desired amount. Once this is done, offers start flowing in within a matter of minutes, and you can assign the job to the right Tasker based on user-generated reviews, getting the work you need done, when you need it.

AskForTask is aimed at people who are too busy with their lives to take care of their to-do list.  On the flip side, it also provides opportunity for people to run tasks in their free-time and make money. This boosts economic activity and creates micro-entrepreneurs who bridge the gap between the average consumer and the service industry.

What sets AskForTask apart from the competition is our community-based platform. AskForTask.com and the available iOS app bring a more consistent user-experience that makes it easier to quickly post and manage the activity.

Most importantly, it is completely free to post the task and the fee is only charged upon completion. The service charge is the lowest in the industry, at 15%, ensuring maximum benefit to the users that are completing the jobs.

The idea came when I was challenged with a situation faced by millions of people on daily basis, finding a handyman. The faucet broke in my house broke and I ended up hiring a plumber through a classified website. The end result was that I ended up paying three times the price for an unsatisfactory job, and I had no place to leave a review.

After this incident, what we envisioned with AskForTask was a platform that would bring both ends of the market together in one place, and facilitate honest transactions, while also accounting for the logistics of getting jobs done in a timely manner. We wanted to address all aspects of this sort of informal labor market at once, and the success we’ve already had speaks to that.

Our biggest concern when starting this business was market validation, and so instead of heading out and telling people the idea, we created the MVP ( Minimal Viable Product) and shipped it within three weeks of inception. Instead of waiting to create the perfect product, we decided on getting feedback from our community and constantly updating the platform.

Starting a business was always a dream of mine as its gives you an opportunity to make a difference in people’s life. Before AskforTask, my brother and I started an online marketing company that offered complete marketing solutions of SMBs locally. We saw great traction but decided to pursue something else, that could impact the world on a larger scale, hence we created the first sharing economy platform in Canada.

We bootstrapped AskforTask during the intial stages when it was running on public beta, and only decided to raised angel round once we saw some traction on the platform. Within first five months we had enough traction to get investors interested and that’s when raised our first round.

The greatest achievement so far would be creating awareness in Canada about technology and sharing economy. Canadians in general are conservative in adapting to new technological trends, so convincing 150,000+ people to actively use our platform feels like a great achievement by our AskforTask team.

AskForTask has remained relevant by listening to our customers, as well as keeping ears to the ground. In a user-based interface, listening to user comments and feedback is paramount. We have been able to stay ahead of consumer trends by accurately predicting where our market is heading.

AskForTask has been operating since 2012. Our team behind the business includes: community relations team, a product development and design team, as well as a communications and marketing team.

The biggest challenge for AskForTask has been keeping up with the ever growing demand of people looking for help. Intially, it was a challenge to make sure every user was looked after but we gradually learned and adapted. With over half a million dollars worth of tasks being posted every month, we have developed an effective system to coordinate with our users. Our Community Relations team does a great job of reaching out to Askers and Taskers, to ensure 100% user satisfaction and worry-free transactions.

In the coming year, AskForTask will expand into the United States; we hope to achieve the same level of great success as we have in Canada.

The most valuable lesson since starting AskForTask has been the importance of listening and getting feedback. Since day one, our primary driver of growth has been word-of-mouth, and that is the hardest marketing strategy any business can rely on as it requires that founders to actively get involved in the community and acquire feedback.

In one word, perseverance. Never give up on your dream/vision. It’s all about translating your great idea from just thoughts to pen and paper, and then actual execution. The successful people around us didn’t get there by just being lucky. Hard work, perseverance, and keeping eye on the big picture are all very essential. 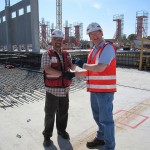 How To Keep Your Employees Safe In The Workplace 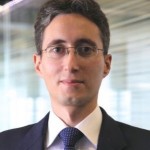