Interview with Jason Allen, Co-founder and CEO of Appeer

Using an algorithm based on app inventory and social connection to build a tailor-made list of app recommendations, Appeer improves on the current app discovery process. This app bypasses so many of the issues that consumers have when trying to discover the next great app.

We are targeting Android users who are frustrated with the app discovery process and want a better solution.

On April 9, 2014 I received a direct message while at lunch.  It said Dropbox’s Carousel Twitter account was followed by Jason Calicanis, Jason Shellen and Josh Elman.  It was Twitter’s way of recommending that account to me, and it hit me right then this method would work for apps.

The two main concerns were:  Would users respond to this method of recommendation?  And also, how would we solve the chicken and egg problem of having enough people to build the “social and word of mouth” style of recommendation we wanted to do?

I have been a system admin for the last 15 years, and have also worked for a non profit and a civil engineering company. I have watched the tech side of businesses go from “Do we really need an email address?”, to “How can we utilize smartphones and tablets to make our business practices more efficient?”. I have always been an early adopter, and at some point in 2011 I decided to see if I could make something people wanted to use. So I launched Crowdini in 2012, an opinion-based question and answer game where the way to win was to answer in the majority. It got a small loyal following but it could never get profitable, ultimately we had to close it in 2014.

We are bootstrapping Appeer at this time.

I would say Crowdini is my greatest professional achievement so far.  I know it ultimately closed, but it showed me that my ideas had merit in the market and that what I believed in other people saw value in.

We just launched March 6th so we are really new. From the beginning of the app, we have engaged with our alpha and beta testers and asked for their feedback several times a week.  Our culture is to be transparent with our users. They determine whether we are ultimately successful or not so they are the ones we need to constantly be asking for advice.

The idea came in April, but the business wasn’t actually put together until June 2014.  Our team consists of myself as CEO.  Komra Beth Salo is our Technical Co-Founder and has built the backend of Appeer. Milan Cubic is our 3rd Co-Founder and designed the whole Appeer experience. We also have Allie Curry as our Android Developer.

Our biggest and hardest challenge is also our #1 priority. Our ultimate goal is to create a personal recommendation formula for each user, meaning the formula that is used for me is different from the formula used for you.  Doing this requires not only a lot of testing, but also a lot of interaction with our users to see if what we created is better or not.

We hope to become the best recommendation app on the market. It is that simple, and our ultimate success is based on whether we can recommend apps people like.

My most valuable lesson so far is to just go for it.  Stop thinking about whether things will work or not and just try them. That big scary wall of failure I sometimes build in my mind is never as big as I think it will be, and usually a great idea comes out any failures I have.

Go with your gut, but when in doubt, check the data. 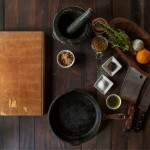 How to make your marketing human, Food For Growth 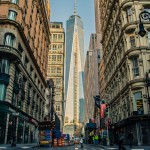 The Dos and Don’ts of Maintaining a Professional Image