Mindlogr is a personal video logging platform that helps members to derive more meaning in life through greater understanding of themselves. The platform encourages users to express themselves through video for private use.
Primarily a lifelogging platform, Mindlogr aims to be the centre of the lifelogging movement by adding a qualified angle to the quantified data which is already being gathered by other life logging devices and apps such as MyFitnessPal, Fitbit, Withings, Nike Fuelband to name just a few.

Video entries are made directly through the webcam without the need to record and upload, which reduces the barrier to entry for people who do understand the basics of online video uploading.
Entries can then be tagged to allow future searchability, and also privately shared if required.
Although videos are by default completely private, Mindlogr also has a private share facility to allow users to share explicitly with people via an email and a video password. This has shown to be useful in cases where people are reporting back to other people on specifics, for example a client reporting back to a life coach on their progress.
The other features of the system include the ability to appoint a custodian, setting preferences for reminders and also some customization of design features, also known as skins.

Life loggers and people interested in improving their mental health through personal reflection.

The difference is that we are attempting to facilitate this through video. A lot of other sites allow people to create personal life stories with a written emphasis.
We are also collecting other interesting information to help supplement the video recordings such as fitness, health, location and weather information.

A personal requirement to want to create a video diary that allows me to record a journal faster, and easier than writing.

I’ve been in business since 2001 having started my digital agency and then moving towards a full service solution. I left that business to pursue technology in 2012 and have since been working on this project.

I started this particular idea in Nov 2012 and launched a prototype then. Since then it has undergone a brand change, reached 3000 users and had 3 major feature revisions. I’m currently working on this by myself.

Prioritising the best thing to do at any given time.

I would like to hit 10,000 users by the end of the year and have in motion the development of a smartphone app for the web platform.

Make sure that whatever you are starting in, you have extreme passion for. Just looking for an opportunity is never enough to pull through all those long hours and the commitment to fulfil your own ideas.

How Peer to Peer lending is financing top startups 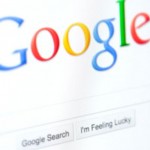