The commercial climate is evidently improving, as has been demonstrated by the recent Recruitment & Employment Confederation/KPMG Report on Jobs, which showed that permanent staff appointments are rising at their fastest pace since April 2011, there has been the most significant boost in temp billings for seven months, the rate of vacancies appearing is at a three-year high and the rate of pay growth is ever so slightly on the rise too.

Another report by Deloitte also recently showed that big companies are looking to invest billions of pounds in expansion initiatives this year.

Therefore, firms need to cash in on this commercial optimism by ensuring they have the best business operations in place in order to thrive, drive forward and continue to succeed – and that includes addressing the recruitment process.

1) Reconsider how you are advertising roles and via what media you are doing so. While writing a generic, to-the-point job spec and plastering it all over LinkedIn might seem like the easiest thing to do, it certainly won’t be in the long-run when you get a plethora of inappropriate applications filling your mail sacks.
A report by the Chartered Institute of Personnel and Development (CIPD) and membership organisation Business in the Community showed that discrepancies between what firms and candidates expect from recruitment processes mean that badly explained and unnecessarily convoluted recruitment methods make it difficult for candidates to know what is expected of them. Firms consequently have to process a heap of totally unsuitable applications.
Using a sales recruitment agency like Aaron Wallis could give you access to a wealth of dedicated sales jobseekers, as well as their help, expertise and experience to target the right candidates, in the correct way, via the most appropriate channels.

2) Invest time in recruitment. Hiring the right people is probably one of the most important things a company can do in order to thrive and, certainly, grow – it simply won’t do to cut corners. While it can be a considerable strain on resources to carry out an extensive recruitment drive using up personnel and time, you will lose far less in the long run than if you were to hire the wrong candidate and have to waste time and effort trying to get them to do their job well. Worse still, you may be forced to let them go and have to go back to the drawing board.

3) Get a second opinion. In an ideal world, there should never be just one person behind big recruitment decisions. Even if there is one primary decision-maker leading the interview or group session, consider having a couple of external observers from different departments present. They may pick up on character traits or subtleties that the person in charge could miss, thereby facilitating a far more productive discussion about candidates when it comes to crunch time.

4) Always, always inform unsuccessful candidates that they have not got the job – not least because it is the decent thing to do and any respectable company should always operate accordingly. If you are in a position to, it could be greatly appreciated to give some feedback as part of this. The CIPD survey also showed that young jobseekers get extremely disheartened by the lack of feedback they receive following unsuccessful applications. 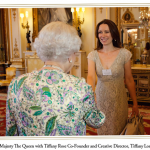