In depth interview with Brett Meyers, CEO & founder of CurrencyFair

We’ve come up with a completely new way of doing these kinds of transfers, using a unique p2p principle, which results in typical savings of around 90% compared to bank charges for the same service. On top of that our service is far quicker, with funds arriving in the beneficiary bank account same day in some cases and generally no longer than 1-2 business days depending on the currency.

So far we’ve transferred over the equivalent of over £500 million internationally for our customers, saving them an estimated £20 million in bank fees in the process!

CurrencyFair stands out primarily on price and speed of transaction, but we also take great pride in our customer service. There are some unique features which arise from our peer-to-peer model, such as the ability to choose your own exchange rate and match with other customers going in the other direction to you.

With our model, it’s actually possible to get a better rate than the current market interbank rate, which is basically the wholesale rate for currency conversion. This is impossible anywhere else.

I’m an Australian living in Ireland, and several of the others on the founding team are expats, so actually this is a product that in many ways we built for ourselves.  The original idea came about when I was personally stung on an international transfer, which cost me hundreds of euros.

I decided to try cutting the banks out of the picture. If I needed say, Australian Dollars, I would call up a few friends that I knew had Australian Dollars back in Australia but needed some Euros in Ireland. When I found a match, I would send my friend some Euros from my bank account in Ireland directly into theirs. They’d send some Aussie Dollars from their account to mine down in Australia. So in effect we’d send two free local transfers, one in Ireland and one in Australia, instead of two expensive international transfers.  In addition, we’d exchange at a rate pretty close to the interbank rate, so we’d each get about 3-6% more on the exchange itself compared to bank exchange rates.

I soon realised that this was a concept that would translate well to the internet, and the idea for CurrencyFair was born.

I graduated with degrees in Electrical Engineering and Physics, and for a short time I worked as an electrical engineer straight out of college. I then moved into programming for a number of years before starting a job at JPMorgan in the Structured Finance Analytics group. This role really transitioned me from programming into finance. So I have a background in both tech and finance which is really useful when running a fintech startup!

To be honest I wasn’t really aware of the startup community until after we’d launched CurrencyFair. So it wasn’t as though I always wanted to be in startups and was just waiting for the right idea, it came the other way.  I had the idea and just decided to try to get it off the ground.

I had the idea for CurrencyFair well over ten years ago, but it wasn’t until late 2007 that I thought seriously about it and put a white paper together.  I had the founding team identified by late 2008, and we started building a prototype. We were working on it full time from mid-2009, and we launched in May 2010. So there was a lot of preparation involved, which makes sense given that we are a regulated entity with some fairly complicated technology and banking processes behind it.

The founding team were all from finance or technology backgrounds, so we were well placed to build both the secure systems and also the banking and regulatory relationships required for an innovative company like CurrencyFair.

I think our biggest challenge has been raising awareness of our product and what it can do for people.  We’ve built a pretty amazing system that people really love using, and this gives us incredibly high retention rates and very good referrals. Unfortunately however most of the market still doesn’t realise we exist, so we need to work hard to get the word out.

An additional challenge to the marketing in our particular industry is that many people don’t actually realise how much they are paying when they send money overseas, because the majority of the charge is hidden in a poor exchange rate. This hidden margin can be anywhere from 3% to 6% of the amount being transferred, and yet many banks and brokers like to tout “free international transfers” or “0% commission”; shady tactics which in my opinion are clearly designed to mislead the customer. So we find ourselves having to educate people as well.

This next year we are targeting at least a 6-fold increase in our volumes and customer base, which I believe is achievable given the strength of our product and the growth rates we’ve seen to date even though we’ve spent very little on marketing.

We’ve also spent a lot of time on our tech platform over the last few months, and we’re now in a position to start rolling out a number of significant product enhancements and new features.

So in a year’s time we should see a new look CurrencyFair, with more functionality and an even better interface, handling over £10 million a day in transactions for our customers.

My advice would be to ‘get plenty of advice’.  Wherever you are based, try to tap into the startup ecosystem and talk to people that have done this kind of thing before. No matter how smart you are, you can still learn a huge amount from those who have gone before you.

We were very fortunate, setting up in Dublin, that there is a very strong tech startup scene, with lots of experienced entrepreneurs to offer advice and help. We also received some great assistance from Enterprise Ireland, so do check out what kind of government assistance is available to help you get off the ground. Many governments these days are realising that long term economic growth comes from innovation, and that startup companies are big drivers of that, so you may find programs that can assist you. 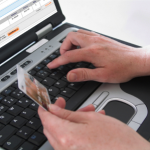 3 Tips for starting up a coffee shop