Declaring war on the hidden fees in patent renewals

Last week we brought you the story of RenewalsDesk, a company that is exposing a number of hidden fees that many small business owners face when renewing their patents each year.

Many businesses are willing to pay these inflated fees because they think the process is complicated, requiring the skills of a legal professional.

In fact, the renewal process is very simple. So these patent holders are, in turn, often paying four times what they need to in order to renew their patents.

Lawrence Mallinson, co-founder of RenewalsDesk found exactly this when it came time to renew the many global patents that his business, James White Drinks, holds.

The company had always relied on an attorney to take care of these patents, but despite the expensive renewal service, still incurred a series of late payment fines.

“I decided at that point to investigate the patenting system myself” he said, “it was surprisingly easy and cheap to do when you cut out the cost of a patent attorney that is out-sourcing the work.”

He spotted that the key to ensuring there was no error in the system was to have an automated online tool that administered renewals.

“We launched RenewalsDesk not just to act a cheap alternative to companies like CPA Global, but to act as an automated, self-managed system that patent holders can use to administer their patents, save money and eliminate the risk of fines and penalties.”

The company believes that an automated system that alerts patent holders when their renewals are due and automatically pays them is a more practical and cost effective solution for small business patent renewals.

RenewalsDesk has even launched a free tool that small business owners can use to get a reminder three months before their patents are due for renewal also. 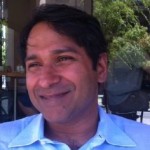