This past week I spoke with Cameron Doody, co-founder of Bellhops. Bellhops is a service based in Chattanooga, Tennessee, which uses a technology-based platform to assist with moving furniture and other home items. Despite their primary consumer base consisting of college students needing move-in help, they do not limit their service to group.  I began our discussion by asking Doody about how his company transitioned from its small beginnings as a garage operation at Auburn University into the size that it is today. According to Doody, technology played a large role in the growth of Bellhops. The service began almost technology free, and according to Doody they “needed tech to scale” in order to grow. “Even in the bootstrapped days, it was almost unmanageable without tech”, Doody said of Bellhops. Now, with the blessings of technology, Bellhops employs over 8,000 workers and operates on 130 college campuses.

Doody and his co-founder, Stephan Vlahos, received their first round of funding from Lamp Post Group in Chattanooga, Tenn. When talking about his experience with Lamp Post, Doody said, “We went up there to ask for advice and we left with Lamp Post wanting to invest in our company”. Although the service operates in different college campuses across the country, Bellhops is still headquartered in Chattanooga. Although unknown to many outside of the South, Chattanooga is a growing technology centre. The city has invested in high-speed fibre optic internet service, which has drawn the attention of several incubators and tech companies. When I asked him if this has had a positive effect on his company, Doody emphasised its impact on recruiting employees. “It’s definitely a buzzword to get engineers interested”, Doody said, referring to the cities Internet speed, the fastest of any in the South. Throughout our talk, the work of Bellhops’ 22 man engineer staff was repeatedly brought up as the core of Bellhops’ tech-focused operation.

Bellhops uses a system which involves campus directors at different universities recruiting workers for local moves. Potential 'bellhops' can sign up for new jobs via the services web app or iOS/Android app. According to Doody, this app, and the way it allows potential bellhops to find work, “allows us to function the way we do”. Obviously this type of fluid hiring model could create some accountability issues, which Doody explained is taken care of by a multifaceted customer review system. This allows Bellhops to “continually refine our workforce” so as to ensure the best out of their workers. Bellhops focuses on recruiting from college athletic teams and ROTC for their work. Not only do these movers tend to be more physically capable, but they also are more likely to attend jobs in large numbers.

Doody argues that the service provides for “DIY movers” – those who need more than one person to move, but not necessarily a moving company. In this way, Bellhops is a commercialised replacement for the friends you would invite over to do the job. It is also a flexible service – it is not only for simple move-ins, but also for any task in which something needs to be moved – whether it be for charity donations, moving to a storage unit, or gifting a piano to a friend. Through its work, Bellhops provides an effective example of how modern technology can be used to help individuals discover people to assist them in the near vicinity, mitigating the need to hire the services of 'specialist companies.' 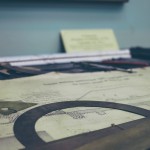 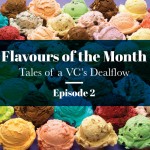