Are Periscope and Meerkat just puppets of hype?

Only time will tell if Meerkat and Periscope will be successful or not, but this is a top-down tech trend, not the other way around. Right now there is an explosion of media hype, with almost every outlet talking about these apps and generating buzz. Yes, I know that this very article is also hyping Periscope and Meerkat simply because I’m writing about it. But the point is, the biggest app startups in the past have generated buzz from large user growth. Meerkat and Periscope however got media attention because of three things: SXSW, their rivalry, and illegal streaming. So the question is, does anyone really care?

Firstly, if you ask anyone that isn’t directly in the tech world, they don’t have a clue what Meerkat and Periscope are. If you still don’t know, Meerkat and Periscope are live-streaming apps. People stream whatever video they want, and you can comment and follow the feed/person. This morning, after downloading both Periscope (ranked 102 on the app store) and Meerkat (not in the top 150), I watched someone talk about their organic whey fruit smoothie and someone else flip through a newspaper. Riveting.

Here’s the most recent statistics for people talking about Meerkat and Periscope:

But throw in Snapchat, and Meerkat and Periscope look completely irrelevant with Twitter:

Most recently, the two apps got in hot water for people streaming the Mayweather-Pacquio fight, and Game of Thrones, sparking some big copyright issues for broadcasted programs. Combine this with the “heated” rivalry between the two streaming apps, and every SXSW related headline plastered on the internet mentioning Meerkat, and you’ve got some great publicity.

Any publicity is good publicity right? Even if it means that your app is helping people illegally stream Khaleesi’s latest plan to conquer Westeros? Yes, but up to a point.
If you look at the biggest social media platforms you’ll see what I mean. Twitter was great because you got to see Charlie Sheen meltdown on a live feed, Snapchat turned from a sexting app to a “share your favorite concert moment that no one cares about” app, Instagram has single handedly made latte art one of the most popular food forms. The list goes on, and the number of users for these platforms is staggering.

These trends are directly related to social phenomena that are in themselves, not very tech-y at all. People are fascinated with food and concerts because essentially they can show off what they’re doing and what you’re not doing. Twitter gives you access to every erratic thought that celebrities may have, fulfilling your curiosity to see what these untouchable hollywood heroes are up to.

If Periscope and Meerkat enhance social behaviors, things outside of the tech world, then they’ve got a shot. Otherwise, right now its more of a self-fulfilling prophecy. If you hype something because you think everyone else is hyped about it, then people will automatically catch on because every media outlet is talking about it. You’ve got a machine that is fueled by the thought that you’ve got something great only because everyone else has said it’s something great.

The key for Meerkat and Periscope? Moving beyond the endless chatter and hype, and capitalizing on human nature. 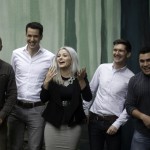 Shaking up the legal industry 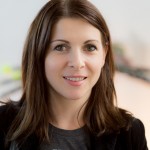