Microsoft and Adobe are well known for a reason – because on the whole, they deliver off the shelf products that are fit for purpose, powerful and often quite specialised given their generic nature. But they also come with a hefty price tag which can be a stumbling block for someone who wishes to use similar applications but can’t justify spending that kind of money.

Although some of the applications recommended in this article may not have all the polished features that their Microsoft or Adobe counterparts offer; they are free and can do the job to a good enough standard.

GIMP is open source software that can be used for image editing. It is often compared to Photoshop due to its interface and terminology being quite similar. It is not as feature-rich as Photoshop but is a sufficient solution for entry level professionals or enthusiasts.

For photographers GIMP doesn’t include a built-in facility for Raw processing, but there are converters like UFRaw available to use as a plug-in. In addition, GIMP offers users a list of available plug-ins like layer effects, if you want it to mimic Photoshop even more closely.

Google Docs is a leader for free alternatives to Microsoft Office. All you need to access these is a Google account through which you can access Google Drive, the cloud storage that houses Google Docs.

Google Docs supports a wide variety of file formats including Microsoft Office ones like PowerPoint and Word and, PDFs. There are also added bonus features like the Google Drawings (image editor) and Google Forms (form creator).

InDesign and Publisher are both desktop publishing applications. Commonly compared to InDesign, the free and open source Scribus is one to consider. In fact, it is a very strong rival as it can perform the majority of tasks that InDesign does with the only compromise being usability. You would probably need some form of InDesign training to fully benefit from all of the hidden functionality; Scribus being even less intuitive may require even more ‘head down’ learning. But if you are looking for free solutions to comparably expensive applications; this is a compromise worth making.

Other options include Sigil and Calibre, both of which aren’t very feature-rich but perfect for basic tasks like creating the layout for an eBook.

ProjectLibre openly market themselves as the replacement for Microsoft Project – it is compatible with a variety of Project versions as well as operating systems – maybe they are right.

From a project management perspective ProjectLibre is very similar to MS Project – creating project plans with task dependencies and resources is mostly intuitive and easy to do. Furthermore, it offers powerful reporting capabilities. Interface wise, anyone who has had some exposure to MS Project should not struggle to use it straight away.

As with most open source software, there is not a lot of user documentation to lean on, but they do have an active community through which help and advice can be sought.

Other alternatives include GanttProject, ToDoList (task management) and Open Workbench. 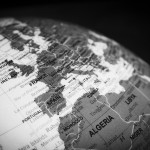 Finding Employees Around The Globe: Can It Ever Work? 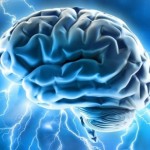 Motivate Your Staff: The Psychology Of Office Design