Thousands of small firms and would-be business owners are heading to Sheffield this week to attend MADE: The Entrepreneur Festival.

The packed schedule at the UK’s biggest entrepreneur event includes presentations by some of the leading names from the worlds of business and motivation. They include:

The above and other star speakers will be revealing top tips and strategies on how to succeed in business at the two-day event at Sheffield City Hall on September 24 and 25.

MADE kicks off with a train departure from London St Pancras to Sheffield on Wednesday 24 September, with a photo call of VIPs with the ‘Entrepreneurs Express’ on the platform at 09:30.

The first day then sees a major presentation from Paul McKenna, who will also be available for media interviews.

On the second day, as well as the star speakers, a senior government minister will be making a keynote address at the festival, which a total of more than 3,000 delegates are expected to attend.

And the UK winner of the Emerging Entrepreneur Award 2014 will be revealed at a Gala Dinner on the evening of 25 September – with shortlisted finalists attending from across the UK. These include:

The wider MADE festival also includes numerous specialist fringe events from 22-26 September, including an exhibition.

The festival is being organised by business services provider BE Group, under licence from Sheffield City Council, with business software specialist SAGE, law firm Irwin Mitchell, Sheffield Hallam University, the University of Sheffield and Sheffield College all key partners.

Alastair MacColl, BE Group chief executive, said: “MADE will be one of the UK’s most important business events and we’re really pleased to have attracted so many high-profile business men and women to share their success stories.

“There are limited spaces still available for delegates and we’d advise these are booked quickly to guarantee being part of what will be a tremendously useful festival for any budding or developing entrepreneurs and small businesses.”

Speaking about his appearances at MADE, Paul McKenna, author of best-selling titles including I Can Make You CONFIDENT and I Can Make You THIN, said: “I won’t just have a few tips for people attending MADE, I’ll have an actual strategy – the strategy of the super achievers.”

Fraser Doherty, who launched SuperJam at the age of 14 using his gran’s recipes and now supplies more than 2,000 supermarkets around the world, said: “I’ll be talking about all the things I’ve learned along the way, including the mistakes I’ve made, the advice I’ve followed, the downs and the ups.”

And Jamal Edwards, whose youth broadcasting channel SB.TV amassed millions of views on YouTube and saw him become a self-made multi-millionaire, said: “I really want to empower my generation to see the power digital can bring to them at an economic and sociological level.” 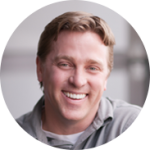 Interview with Dan Daugherty, CEO and Founder of Rentbits, Creator of Remotely