What it Takes to Make it to the Boardroom

This article  What it Takes to Make it to the Boardroom appeared first on Columbia University’s CORE Impulse .

Amy Nauiokas is the founder and CEO of Anthemis Group SA and Archer Gray, LLC, a media production, financing, and venture investment company. She has experience in venture capital, wealth management, non-profit, and Broadway success. Amy gives her insights on women and the uses and benefits of an MBA in the boardroom .

Do you think MBAs can help bring about equality in the boardroom?

A seat at the boardroom table is the high point of most careers in any industry, and the real value one can add there comes from experience and perspective. It doesn’t end with business schools, but it can begin with them. When business schools are attracting a diverse talent pool and educating “beyond the classroom” so to speak, the positive results will ripple across the private sector — including the boardroom. For many, the credential business schools offer doesn’t ensure an outcome, but rather an entry point. And that’s good for the many people who, by virtue of previous education or life experience, don’t “look” or ” think” like the company considering them for a position.

What is your opinion on glass ceilings?

I try not to think of it as a” glass ceiling” in the traditional sense, but for certain, in many industries, if you are not a white man, there are still plenty of challenges. The discourse about these challenges is finally starting to get honest and that’s a good thing. I think that’s in large part simply a matter of strength in numbers.

When I graduated from Columbia, I was one of the few women in my analyst class on Wall Street, and there were even fewer women still in top positions at any of the big banks which meant very few people to model my career after it look to for advice. It was a very competitive time between women – which didn’t help. But that was because everyone felt alone and singular in their race or fight to the top – thanks in part to the kind of outright discrimination that the “glass ceiling” is meant to describe.

Today I’d guess that the number of women in an incoming analyst class has increased six- or sevenfold. Couple this with the voices and efforts like Sheryl Sandberg and Helena Morrissey are making to encourage and increase female representation in senior management and board positions – we are making progress. It’s working, but not nearly enough. Business schools can help by rallying together around this cause by continuing to educate for and embrace diversity in the workforce.

How has your MBA helped you?

My master’s work was very important because it helped adapt the skills I learned in my undergraduate years – when I studied international affairs and economics – to the world of financial services. The beauty of the MBA is that it’s essentially a useful degree in that way, with one foot in the academy and the other on the trading floor, and that means (at least in theory) the ranks of MBA candidates truly reflect a broad range of personal, professional, and academic experiences. The value isn’t just in courses completed or technical skills acquired, either. As both a student and a professor, I found that collaboration among peers, the development of a professional network, and “real world” experience in a safe setting were equally important benefits.

What else should business schools be doing, above and beyond offering such scholarships, to help bring about equality in the boardroom, in your opinion?

Business schools have to do what law schools in the US did some years ago, which is acknowledge that there isn’t a certain set of qualities or prior experiences that make someone qualified for an MBA. I think math is one of top undergraduate majors among first-year law students now, and I think the same should be true of literature or art history among first-year business students.

The other dimension of this emphasis on diversity is in the skills that business schools teach and value. These programs need to do a much better job of embracing and educating the so-called “soft skills” of business, whether that’s oral communication, written communication, active listening, collaboration, or management. That’s not entirely a gendered thing, because there are plenty of men who have those skills and plenty of women who lack them. But I do think women do tend to dominate those skill sets, and when business schools undervalue or passively discourage them, women are most affected.

What do businesses need to be doing to ensure these MBAs have some impact on equality in the boardroom?

Businesses have the same problem I ascribed to business schools, and I think that it requires a similar solution. Now banks are filled with women, so it’s more a matter of developing a career path and reward system that recognizes and values a more diverse workforce. It’s just good business. It can’t just be about placing high-powered women on boards. It has to be about developing women and their skill sets from their first day in business school to their last day as senior executives. You can see that lack of a diverse advancement track in businesses and industries that don’t look anything like their customers, and in many of the companies at the center of recent financial and regulatory scandals.

Meanwhile, we’ve seen a corresponding explosion in the number of female entrepreneurs and women-owned businesses. Where companies aren’t build for diverse skills and experiences, women are simply moving elsewhere.

Amy Nauiokas received her Master’s in International Business from Columbia University Business School, where she also served as an Adjunct Professor. She has served as the CEO and Managing Director of Barclays Stockbrokers, co-founded Anthemis SA, a digital financial services investment and advisory firm, Archer Gray, and Bubble Foundation, a 501(c)(3) organization partnering with NYC charter schools. She has also achieved commercial and creative success on projects such as Broadway musical Once, and several Sundance Film Festival selection films. 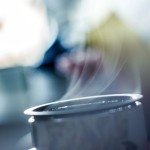 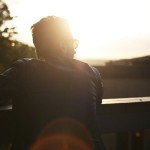