Today’s start up Q&A session is with Andrew Davey & Nick Casey who are the founders of Squadify. One of the investors in Squadify is Rob McCombie, who was a featured investor on The Startup Magazine earlier this week.

Squadify helps you play more sport. Squadify are a completely free social hub for all sports and provide you with tools to search for players and opponents, create new teams, play more matches, organise your sporting lives and get you on your way to being fit and healthy!

Squadify have a short video explaining their product:

1) Who is Squadify aimed at?
Anyone with an interest in increasing their participation in sport and anyone looking for a simple solution to the myriad of problems that go hand in hand with organising a team or club. If you manage a team or a club, we make it easier for you to organise your fixtures, training sessions and one-off games; if you are a player of any sport, we’ll help you find the right opponent, team or game for your standard; and we provide a platform that makes each user and team the ‘star of the show’. It’s also great for scouting: in our younger years, when we were part of a team it was very rare to know anything about the opposition you are about to play. Squadify will help amateur teams gain the benefits that the pros have!

2) Where did the idea for Squadify come from?
When we first came to London, the first thing we did was try to join a new sports team as it’s a great way of meeting people. We were specifically looking for a local basketball team, but couldn’t find one for love nor money! That lit the touchpaper for the idea and we’ve since expanded our principles from a basic search product to embrace every area of sports participation. We want to see Squadify used by communities to connect, engage, encourage and challenge each other, with the end result being higher sports participation levels and a fitter and healthier population. It’s certainly a big idea – but we’re comfortable with that!

3) You currently both have other jobs as well as Squadify, how do you manage both?
With great difficulty! All joking aside, we are incredibly passionate about Squadify so we put in a lot of effort outside of our normal working week. It’s pretty tough on our partners at times, but we hope they understand! The thing is, if you have a total belief in what you are trying to do, you will always find the time, even if that does mean trying to work 30-hour days.

4) How long has Squadify been in the making, and who is the team behind Squadify?
The idea behind Squadify came to us about four years ago, but it’s only in the last year or so that the concept has started to become a product. Both co-founders have extensive Internet experience: Nick Casey, CEO, has worked for Yahoo, ValueClick and Pricerunner, and is currently UK & US Country Manager for SmartShopping; Andy Davey is our CTO and has also worked at Yahoo, as well as Commission Junction and Adviva. Andy is also a director of Rebus Development Limited, a PHP/PERL contracting company.

In January, we welcomed Rob McCombie and Jack Brett in as advisors, which has proved hugely beneficial. Rob is Investment Director at CBPE Capital and Jack Brett is Senior Manager at Deloitte: both bring a wealth of highly valuable experience which is really helping us refine the product.

5) What has been your biggest challenge so far at Squadify?
Any successful social network must ultimately have a simple user experience, but at the back end, it’s an incredibly complex beast! It’s taken some time to get to a stage where the UX and function are a happy medium, but we are pretty pleased with where we have got to now.

6) In the coming year, what would you like to achieve with Squadify?
We are close to releasing an invite only beta (shameless plug: if you want to get involved, sign up at www.squadify.com) to iron out any kinks and we’re looking at a fully public launch shortly after that. The networking nature of Squadify means that there is very organic growth potential: when a club owner signs up, you could have 7-8 different teams, each with 20-25 players. We need to be ready for that kind of viral effect. Further down the line, we want to be the de facto destination for anybody with an interest in anything related to sport and align our goals to help with sports participation targets set by governments around the world – starting with the Olympic Legacy here in the UK.

7) If you could give one piece of advice to someone thinking about starting a business, what would it be?
It’s one thing having a great idea but you have to be prepared to work incredibly hard to see it to fruition. Passion, patience and the occasional pint to wind down will see you through though! 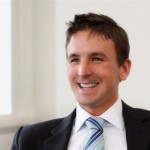