Maybe it was the miserable weather in London, maybe it was the fact that I’d never been to San Francisco, or maybe it was the fact that the Bay Area is the hottest place in the world tech startups right now. Maybe it’s the amount of amazing food tech conferences in San Fran I wanted to go to. Or maybe it was just the opportunity I decided to seize when tickets were affordable.  I booked in a few spontaneous clicks, quickly enough to prevent myself from checking my balance or changing my mind. Screw it, just do it – Thanks Richard Branson.

And indeed, my trip to San Francisco was off to a phenomenal start: Through a ticket mix-up, I enjoyed an upgraded seat on my flight from Dublin to SFO and was, conveniently, sat next to an impressive Silicon Valley hardware entrepreneur. Lance had been an MIT Professor at the beginning of his career and then run three companies before he started his own and was about to completely disrupt wireless digital entertainment. No big deal. Welcome to San Francisco!

It might sound strange but when you talk to someone for 8 out of 11 hours, you do somehow feel like you’ve gotten to know them quite well. Think about it, how often do you get the chance to spend 8 straight hours talking to a someone? Your best friend? Your mum? Exactly. So he handed me his business card and invited me to stay in his family home in San Jose if I ever needed a place. New friend number one in the Bay Area – before I even touched down.

Little did I anticipate that the conference I had requested to attend, the Global Innovation Summit, is actually in San Jose. But more about Lance later. After an epic public transport trek from downtown San Francisco to what Lance called “Man Jose” (too many men in Silicon Valley) I am greeted with incredible warmth and although arriving slightly tardy I am able to join right in.

But what is Global Innovation Summit anyway? I hear you asking.

The Global Innovation Summit’s core aim is to explore how we can build ecosystems that catalyse and sustain entrepreneurial innovation in our companies, cities, communities and countries.

The three days of the Summit challenge its delegates to think about how we can design our organisations and lead out economies to drive better solutions, commercialise smarter ideas and accelerate new ventures.

I want to find out more. Victor Hwang, the Executive Director of the Global Innovation Summit, takes the time to explain to me that the summit really is more than a conference: It’s a movement that seeks to raise well-being and wealth through innovation. Victor believes that, at the core, the culture of an ecosystem changes the way that innovation happens – and a big part of that is how the culture in the valley evolved. Having been, in many generations prior, an area that brought together countless strangers who had to be open to working together in order to build successful businesses, San Francisco and its ecosystem have a unique way of creating trust and an unparallelled ‘pay-it-forward’ philosophy that drastically affects the speed by which teams here form. And it’s no secret that many of these teams have come to build multi-million and billion dollar businesses.

This all sounds to good to be true. Why are people so happy to pay it forward, I still ask myself. Victor explains that “there is a default presumption of trust here in the Valley”. Not only is trust a baseline assumption, but people of the Valley also know that “reputation travels” – probably faster here than anywhere else. Now it all made a bit more sense.

So whereas in Europe you would have to earn someone’s trust, in the Bay Area, you have someone’s trust from the beginning and you can only strengthen it further – or lose it.

And the price of losing it is too high because, well, reputation travels. So everyone continues paying it forward. Genius.

However, Victor insists that this amazing ecosystem – he calls it a ‘Rainforest’ – isn’t about San Francisco or Silicon Valley as a geographic location. Instead, it’s about the interaction and the design process that make the ecosystem successful. You can read more about Victor’s thoughts on ecosystems and innovation on his Forbes Article. Victor and his Deputy Director Mark have the vision to create a woodstock for the new economy. What that means? They want to create a new model of Capitalism – one where it’s not about winning and destroying everyone around us in the process, but instead about working as a team, being emergent and creating shared ownership.

And that really was precisely the theme that ran through their impeccably organised conference. Larger seminars fostered small and rapidly-trusting teams who channeled their input into creative projects that visually explained the foundations of innovation and leadership. Small discussion panels deconstructed and examined the role of empathy in innovation and referenced situations from 10-person companies and teams to enterprises with thousands of employees. And it was an active discussion, not a passive listening event. Attendees were from over 50 countries and countless industries, and the strongest common denominator is the eagerness that everyone has something to learn from each other and discuss ideas, thoughts and questions around innovation.

The first day of the conference came to a close and I had already made 8 new friends. Over lunch, over problem-solving, over random conversations in the hallway about food tech. An opportunity came to pay it forward and before I knew it I was connecting my new-made friend James who is organising a hackathon with the UN Peace Conference to my other new friend Dave who is the US University hackathon guru, as well as my good friend James in London, who is a hackathon hero on this side of the lake. All within about 10 minutes. I felt like I’d integrated well into the SanFran way already. And when I called Lance up “about that generous dinner invitation” he gladly offered to pick me up. I realised that evening – I didn’t just have a delicious American BBQ in a beautiful house in Mountain View with some wonderful people, but I joined a family in their home. What made that evening possible was this amazing trust and paying-it-forward mentality that Victor had been referring to.

I was back at the conference and came to question, what innovation actually means. It’s a buzzword these days, and I was keen to explore the real meaning – in the midst of innovation experts in the heart of Silicon Valley. Victor and his incredible conference led me to see innovation as a state, an intangible mindset. A mindset of collaboration and trust is fostered through a community of diverse and talented people who want to help make each others’ work better. And all those components form the emergent properties of a complex ecosystem in which value is, in the words of Victor Hwang, simply “ready to be unlocked”.

If there’s one thing the Global Innovation Summit certainly has in common with other conferences, it is that the most valuable take aways are the networking opportunities and the way by which a series of discussions amongst leaders and entrepreneurs from all over the world can change the way you think about something or heighten your awareness of a problem, a methodology, a solution or a state of mind. I certainly embraced the pay-it-forward mentality while in the Bay Area, and it led me some amazing adventures (you can read about them in my next blog posts). And if I can manage to bring some of that back to London and strengthen my ecosystem around food & food tech here through my work, maybe we can, together, turn London into the next metropole of Food Tech. 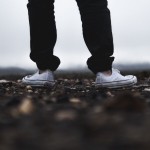 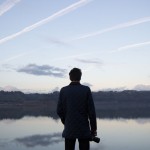