You’re Living in a Skinner Box: The Dark Side of Gamification

The article You’re Living in a Skinner Box: The Dark Side of Gamification appeared first on CORE Impulse, by Colette Jaycox

The more pervasive gamification becomes, the more difficult it is to see the underbelly of our brave new point-scoring world.If there’s anything that seems innocent, it’s games: family-friendly, fun, the sort of thing that forms the basis of many a childhood memory. Now, it seems, games are anywhere. Whether it’s for using foursquare, being energy efficient, or completing a job application, there’s nothing that can’t be gamified—and with the advent of mobile gaming, they have only become more pervasive.

What It Actually Means

Gamification is the use of game mechanics, such as staggered point systems and public scoreboards, in nongame settings. This may seem so ubiquitous as to not even warrant mentioning. What is there online that you can’t earn badges for anyone?

But think about the definition closely. Think about the kinds of gamified systems you usually deal with. The tasks are often quite simple– click this button, move this icon– and involve positive rewards for continued engagement. If this is starting to sound vaguely like something you remember from high school, it should.

It’s not a perfect comparison, of course, (Skinner’s rats, for one, had no concerns about fun) but this new language, stripped of the safe and cheerful associations “games” invokes, helps illustrate just how stark and how pervasive this social engineering has become.

The road to hell is paved with good intentions.

Many gamified systems are designed with a genuine desire to do good. But as with any form of social engineering, it can be difficult to predict second and third-order effects. Take the example of Strava, a program that gamifies your athletic activity by allowing you log your time on routes and see, arcade style, the top times of all users. This is meant to help users connect to a global community of athletes and stay motivated in their training. So far, so benign. But then we have the lawsuit against Strava by the family of William Kim, a man who died in the process of trying to regain his number-one spot on a biking route. A year later, another Strata cyclist was accused of running a red light and killing a 71-year-old pedestrian to maintain his time.

This kind of dangerous behavior has been seen as a consequence of other gamified systems as well, most notably BMW’s gamified prototype for fuel-efficient driving. The system allowed drivers to compete with others who had taken the route they had in their navigational system to use the least amount of fuel. It was incredibly motivating… so motivating, in fact, that BMW found that drivers were running red lights and engaging in other dangerous driving behaviors in order to save fuel and win. It’s become common enough that it now has its own word—“hypermiling.”

Motivating people via games to do engage in positive behaviors—exercise regularly, use less gas when driving—seems like an obviously good thing. At yet, as with any kind of social engineering, it can be difficult to understand the second and third-order effects of the new rules systems we set up.

Competitive gaming has its own set of rule systems, one of the most innate being that the interaction is a competition and is valued for ability to generate points. Most of the time, that’s fine. But this can be disastrous when rules systems of games clash with the implicit rule systems of the organizations programmers try to gamify.

Sebastian Deterding, in a still-cited presentation he gave on the discontents of gamification at Playful 2010, gives the example of Akoha, a service that tried make random acts of kinds a game by formulating them as point-accumulating missions. When a friend of Deterding tried to complete a mission with another friend of his by inviting him out for coffee, the invitee became furious. “Have you any idea how degrading that is, being invited not because you care about me, but because you want to progress in some game?” he asked. The gamification of the act devalued it by stripping it of its emotion meaning, making the “random act of kindness” seem to the invitee like a kind of scam.

This question of devaluing becomes even more potent as the content of the game increases in moral weight. See: “Darfur is Dying,” an online game that allows users to play the role of refugees carrying out daily “missions,” like getting well water in militia-controlled areas. Its developers explained that they developed the game as an advocacy tool. Maybe it’s worked—tens of thousands forwarded the game to family and friends— but is this advocacy? Is this this the same as having a serious conversation? And perhaps more troubling—given that we normally think of games as “fun,” what does it mean to think about genocide through this lens?

Gaming as Recoding the Self

Embedded within games, as within all systems of interaction, are certain philosophies about how we should interact with the world. Some of those involved with games are these: competing with others is desirable. We should receive constant feedback on our actions. Experiences are worthwhile for the points and rewards we derive from them. Experiences should be fun.

As games creep more and more into everyday life, the more we need to ask if this is true.

Should all things be fun? Or does gamification slowly degrade away at the experiences of life that prior generations would have called “character-building,” subtly teaching us that work without constant positive feedback is at best useless and at worst bad? Gamification is still such a new field, so it’s hard to say. Maybe everything will be fine; maybe we’re all still waiting for the sucker punch; maybe implications will only become clear forty years down the line.

Anything’s possible. But still– this feels like a game I’m not certain I want to be playing. 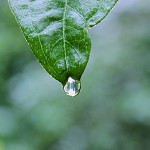 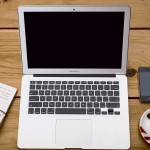