Israeli Startups NYC, the largest Israeli tech group in New York has announced today a partnership with Microsoft in effort to bring the Israeli knowledge of building tech companies to the New York tech community.

Its mission is to bridge between 2 of the most important tech capitals in the world. With over 2,000 members in our community, monthly events with some of the Top Names in the Israeli-American tech scene and the largest jobs board for Israeli tech companies in New York, Israeli Startups NYC has positioned itself as the first stop for anyone who wish to learn about Israeli innovation in the US.

If you only look at the statistics you can understand what Lior is referring to;

●       Israel has more NASDAQ listed companies than any other country, besides the US.

“Right now there a more than 200 Israeli tech companies operating in New York. There are Israeli investors and veteran entrepreneurs in this city who want to strengthen the connection between Tel-Aviv and New-York and I think this is the best way to do it”

Israeli Startups NYC partnered with Microsoft to pilot their new program – “1 Day Incubator”. The incubator is planning to host 5 different startups every Thursday, for a full day experience at the Microsoft office. The program will include most of the perks we know from acceleration programs; working space, coffee, technical assistant from the Azure team and of course mentorship and guidance from Israeli mentors. All free of charge.

“You don’t have to be an Israeli or have an Israeli startup in order to apply, the program is designed for all” Lior adds.

According to Lior, the first batch is already fully booked and they start interviewing for the second batch right now.

To sign up for the program, go to – http://israelistartupsnyc.com/apply 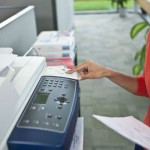 Should you care about the cost of printing? 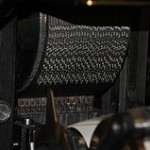 The Benefits of Virtual Offices for Startup Businesses