The online marketplace allows its customers to easily search through the specialist catalogue, and effectively get the most exposure for their secondhand listings to the right audience.

Cyclone is aimed at the internationally growing tribe of triathletes.

We have defined 3 user groups:

We believe that focusing on a niche is the key to success in a competitive landscape. Triathlon is more than a sport, it’s a lifestyle – a high-spending, high-devotion lifestyle. This is why we put a lot of attention into the things that create an emotional bond to the service.

Our service offers better product presentation, a tightly focused community, and concierge services – none of which are present in a large generic marketplace.

By building around a devoted community, we’ve got people in the same tribe speaking the same language, and this will help us reach our aim of offering the world’s best customer experience

I’m doing it because collaborative consumption & sharing economies are part of the future.

Most importantly, my passion for triathlon offered an ideal starting point.

I went deep into the triathlon world, testing with amateurs, pros & Ironman execs. Since our launch, our average deal is $2950, and we’ve proved that people will buy expensive items cross-country from strangers, if the service is attractive, trustworthy & unique. The response from the market strengthens our belief that we’re on to a $100M+ potential business with premium marketplace concept.

Not really. I’m an entrepreneurial person and this is my fourth company

I’ve been in marketing communications for over 10 years as entrepreneur or hired gun. For the last five years, I was the CEO for Publicis Groupe in Finland. I wanted to create something of my own and make it into a global ventur.

Within the first 100 days of operation, we’ve already received a massive amount of positive feedback from the worldwide triathlon community. They really want develop this marketplace to be tailored specifically for them.

We have had no major challenges yet. Perhaps the timing for the launch was not ideal, since it was at the  end of the triathlon season, but we still got good exposure at IRONMAN world championships as the “official bike marketplace” of the most well know triathlon race in the world.

At the end of the season, athletes do not pay attention to getting bike sold, since they just wanna take it easy and relax. It’s getting much more busy now in late winter

We want to handle the triathlon segment really well and succeed globally. Also, other high-devotion and spending lifestyle (sports) categories are interesting for us.  We’ve already gotten interest from other sporting industries. 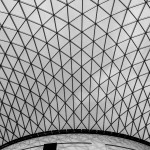 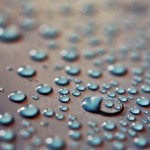 How to Handle Your Startup’s Cash