Vent is a social app that lets you share your frustrations with a group of like-minded people who are happy to help you get it off your chest.

Vent gives users a chance to share their frustrations with the world, and be able to get on with their day without having to worry if they have offended someone. By counting on a community that is rapidly expanding, users can gain followers and follow back, and search for particular types of emotions — including Calm, Irritated, Annoyed, Angry, and Furious. They may even feel a need to comfort the other person, or add their own two pennies to the frustration, making it a worldwide communal vent.

Vent aims to be the essential platform for people who want to express their frustrations away from their publicly-viewed social media profiles. They can share their feelings with a section of the world that wants to hear it, help out, favorite, and add their own comments. The limitless characters that users have to vent their frustrations are a gateway into a world that has never been seen before. We all have our frustrations and sometimes we just need to get it off our chest, have someone listen, and carry on without offending everyone we know.

We want to be known as the social network that real people go to with real things to say.  Away from all the materialistic facades that people tend to portray on the other mainstream networks.

I’d finished having a coffee with a couple of good friends during a lunch break in August, 2013 when it occurred to me that we’d spent the whole hour complaining about big issues in the Australian news at the time (including a sporting drug scandal and a dysfunctional government). This got me thinking… people around the world would no doubt have negative experiences that they wanted to share with others also, however would not feel comfortable doing this via the traditional social networks like Facebook where you are connected with people you know (friends, family, colleagues etc). If we could create an app that would allow people to anonymously vent negative experiences and share these with other people, it would allow them to release some stress in their lives, share experiences with others to receive & provide support through tough situations and feel comfortable doing this in an environment of like-minded people where they would not be judged.

This was (is) my first start-up, so going in I knew I had a heap to learn.  I had considered many ideas heavily in the past however at some point you just have to pull the trigger and put some of those concerns to the side.  Understand your concerns and manage them closely.

We have been bootstrapped from the start, however were recently lucky enough to achieve some early stage seed funding to help us move into our next phase of growth.  We managed to raise this via existing friendship networks.

I actually feel that our greatest achievement was getting the first drop of our app live on the Apple AppStore. It’s such an amazing feeling turning an idea into something real and seeing people use it and tell you that they love it!

We have been going for a little over 12 months.  We spent the first four months developing our idea and have been live on the Apple Appstore since January this year. Duncan Turner (co-founder) is responsible for all the UX and design work, and I manage most other things, and we have engaged a development team to assist with the code.

Both Duncan and I have full time jobs and busy lives. We’re so passionate about Vent that juggling this project in conjunction with everything else has been extremely tiring at times, however the reward definitely make up for the stress.

Our six to 12 month goals include a version 2 of our iPhone app, and a launch of an Android app  I’d also like to see our community expand to over 100,000 users.

“Make and they shall come” is a total myth!  Having a great product just buys you a ticket to the show, then the hard work REALLY begins  Getting your product into the hands of people is a hard and arduous task; be a dog with a bone!

An idea only has a chance of success if it is matched with large amounts of passion and a vision! 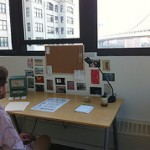 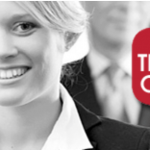 A talk with Hugh Rollinson founder of Accident Claims Web