At Mitoo, we are on a mission to get more people playing team sports. We have spent the last two years really focused on the team experience and have had some great success. Now we are taking what we have learned to the leagues.

Our US-launch is imminent and focused on allowing sports leagues to grow and increase engagement with their players. Leagues get a listing on the Mitoo mobile app which new players can find, they can publish their schedules in the app, and players can also message each-other in team (Like whatsapp for teams).

In the long-term, anyone who plays, organizes, coaches or gets involved in amateur sport at any level, but right now we are focused specifically on getting Social Sports Leagues signed up.

It stands out on two different levels.

We focus on the social element for players. Like our competitors, we solve the problems for league administrators, but we place immense value on the social experience players are having.

We are unashamed about focusing on mobile. Sports are played in fields and courts, where there aren’t any desktop computers, yet all tools for leagues are desktop-based. We don’t see any reason why games aren’t organized and managed on smartphones. Building a mobile tool that accomplishes the same as desktop is hard, but we’re doing it.

I have experienced the messy problems of team sports from many angles; as a player, as a captain, and as club committee member. After I saw how the confusion would often stop people from getting involved, as well as the high dropout rates of players, it was obvious that something needed to be done.

Of course, but far too many to list here. At the beginning, most elements were unknown to us. Since then we have systematically tested and iterated on our product to the point where we can say fairly that no one knows team sports better than we do. Early on, entrepreneurs should just write down the risks and assumptions and work their way through them, answering them for themselves as much as for investors and customers.

I have always had the entrepreneurial bug. Before Mitoo, money was a big motivator for me, but with time, I learned how my motivations and happiness were not driven by money. I had small business experiments as a kid, but my first startup experience was a constriction startup in London. I then went on tp found a business in in the construction industry, but as a natural nerd, tech was always pulling me back.

We have raised from some great investors across the world. I suppose the answer to how we did that is that raising money is just like signing enterprise clients in a b2b deal. Except it’s harder to find the clients and you need all the deals done at the same time.The move to the US was a big deal for us in this process, more people listened to us when we had big name US backers.

Joining Seedcamp in January 2012 was the point at which this became a real thing, but I had been working on Mitoo on my own in 2010. On the the Seedcamp US trip, we met Dave Mclure, and ended up Joining 500 Startups. Then after 500 we joined Tony Hsieh’s Downtown Project in Las Vegas, before eventually settling in SF where we are now.

There’s 11 of us now at Mitoo, and four of those are from the founding team. Piers (our CTO), Tim, Jack and myself. We have all founded startups before, and as I am a product guy, and the three of them code, it’s a great balance.

This year we are focused on really pushing Mitoo 2.0 in the US and getting it into as many hands a possible.

Too many startups have an idea and then start building. That is usually the wrong way around. Most startups do not have a tech-product risk, they have a market-adoption risk. Write down your assumptions, test them, and then de-risk them in the most efficient way possible.

As Steve Blank explains, A startup is a temporary organization designed to search for a repeatable and scalable business model.  I have not started a business yet, but Mitoo – will eventually be a huge business. If you have not done either, I would recommend starting a simple revenue first Business, before starting a startup. If you do want to start a startup, first read everything Steve Blank has written. 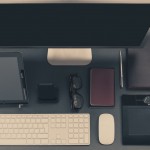 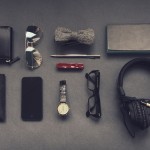 The following article discusses the pluses and minuses of the financial services platform PaymentCloud.  Even though this is sponsored content,

You need marketing to promote and ensure people are more inclined to engage in profitable transactions with your business. Thus,

Many people start in business on the bottom rung of the professional ladder. With time and experience, they gradually climb

Construction is one of the most essential trades around the globe, but many people shy away from the field if