It’s estimated that 157,000 years of game play take place every week across the globe. Whether it’s on a phone, games console, or home computer, gaming has become a massive past time for people of all ages.

Goliath Online Gaming is a start-up tech business based in the UK which aims to take all this game data and make it useful for gamers, developers, and gaming studios, whilst increasing the social and bragging aspects of gaming.

“We saw a real gap in the market,” explains Sunny Rana, one of the founding directors. “As gamers, we found it hard to match up with like-minded players or really find out what games we should be getting in to. We also saw that games gather a huge amount of information about what we’re doing, but all in different places. We want to create the biggest database of gameplay information there is, and let gamers and studios use it to make gaming even better.”
The Goliath system will hook in to games, automatically capturing gameplay data no matter what system it is played on. Once this data passes in to the Goliath system, gamers will be able to compare their stats across games, seeing how they compare in different FPS, sports, and puzzle games.

This data will also allow Goliath members to sign up to tournaments, challenge other players, and see which games are out that would be perfect for them.
For developers, it offers a simple way to get their games in front of new players. As well as recommending new games to players, developers will be able to make contact with the gamers who are the most dedicated players in their genre, get their feedback, and invite them to exclusive AMAs to build the buzz for their game.
There’s a real focus on making the platform as relevant as possible, rather than treating every gamer the same.

“As gamers, we’re tired of being shown adverts for the same game, time and time again,” says Anne Reid, founder at Goliath. “That’s why we’re planning to only advertise games to those gamers who we know love the genre and will be interested. Not in to FPS shooters? No Call of Duty ads. Only playing indie games? We won’t show you AAA titles. It’s a better experience for gamers, and also means that the publishers know their marketing money is being spent on talking to the right people.”

The Goliath platform is in production, with a view to launch in late-2014. Game developers are encouraged to get in touch in order to make their game Goliath-enabled. The team are also raising funds through Seedrs, the crowdfunding platform, in order to assist expansion and development of the platform. 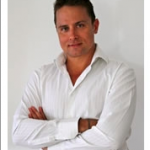