Ice Cream With Fewer Calories Than An Apple

On your list of dream foods, healthy ice cream has to be in the top five. But like diet sodas and reduced fat oreos, it seems as if healthy ice cream would just be another sacrifice of flavor. Another product with a funky aftertaste leaving you with that look on your face. But now, there’s Oppo.

Launched in late 2014, Oppo ice cream was started by brothers Charlie and Harry Thuillier, after discovering the benefits of superfoods on their adventure across Brazil.Attempting to break the world record for distance traveled on a kite buggy (think windsurfing on land), the brothers ran out of food and were forced to eat coconuts and other plants on their journey. The result? A passion for healthy natural foods that fuel our bodies unlike any other food.

Using these superfoods and then replacing the basic ice cream ingredients of sugar and cream with stevia leaf and virgin coconut oil, the brothers had their product. Oppo was born, becoming the fastest food startup to reach target funding.

Here’s our interview with Charlie Thuillier, Co-founder of Oppo:

Who’s your target customer? Why?

Oppo is unique. We are welcoming frozen yoghurt consumers ‘back to indulgence’ by providing a product that is genuinely healthy but that matches the indulgence of traditional luxury ice cream. Oppo is a permissible indulgence, offering the luxury consumer a chance to indulge more frequently without the health concerns or guilt. We are also welcoming back consumers who have left the ice cream category due to lack of interesting innovation or true healthy indulgence.

What makes your founder and employees unique?

I’d like to think we’re all able to have a lot of fun whilst being fairly uncompromising (in the product), idealistic (in our vision), and passionate about Oppo. We all innately ‘get’ that there doesn’t have to be a sacrifice of indulgence when eating healthily, or a sacrifice of health when craving indulgence. We’re a close knit bunch who seem to be welcoming new employees weekly. From just one full time in October/November last year to 10 team members 6 months later. It’s busy, but fun!

What has been the biggest challenge as a new food start-up?

It should always be the product. If you have a remarkable offering then the funding, recruiting, sales, marketing etc. will be so much easier. Product is king – especially with food and drink. Unlike most other industries where only a percentage of the customers who come into contact with your product will claim themselves as an expert, with food and drink everyone is an expert and can analyse easily.

Making ice cream healthy was a pretty bold challenge. Everyone told me it was ridiculous – and for many months it simply didn’t work. In the end it took me 25 months and 4 grants before I had something I was proud of and willing to share with others. There have been many ‘heads in hands’ moments: factory valves have burst spewing £8000 of ice cream on the floor (meaning I was down to my last £1.05 in the bank!); ingredients have been sent to the wrong country before production; freezers have failed… But you have to approach starting up a business with the expectation of a rollercoaster ride. 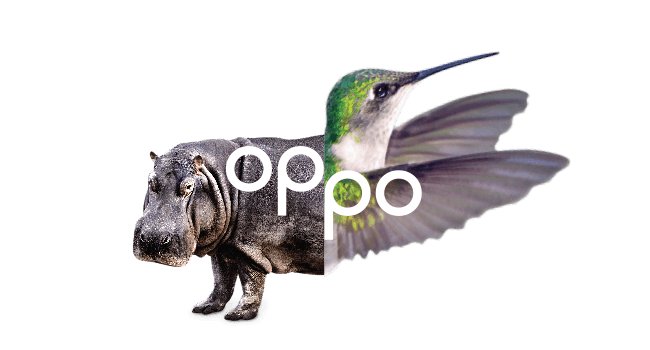 What has been the biggest surprise?

Achieving our dream – making a great tasting yet truly healthy ice cream. I’ve also been surprised with our growth – we will double the projected P&L figures for April (and have exceeded target since launch). Also our success in competitions has been amazing – we have been named in The Guardian Start-Up of the Year final 3, finalist in Best New Business and Brand in the World Food Innovation awards and we became the fastest ever food/drink brand to reach target on crowdfunding – clicking refresh on the computer that day was quite an experience!

The world seems to flock to tech startups right now, but Oppo is going to back to basics with a new twist. What advantages do you see in this?

I’m often envious of tech start-ups – they can scale very easily; have direct contact with their users; can innovate and launch rapidly, and the fast capital gains are in tech – therefore VCs are more inclined to invest there. FMCG start-ups are arguably operating in a more competitive space with greater barriers to entry, fine margins, and are at the mercy of the large multiples when it comes to obtaining listings. However at Oppo we believe we’re just as lucky as tech companies – we have proved FMCG companies can innovate rapidly with just as much disruption as tech. We have a tangible and emotive product that enables us to have a lot of fun with our brand. We have proved that when FMCG companies do manage to create some true innovation (notjust a new flavour or variant, but a total re-design) stakeholders do take note and offer their attention. Oppo’s success so far demonstrates FMCG can be just as exciting as tech, we just have to think big and aim to disrupt instead of following the norm and playing it safe.

What has Oppo’s major success in crowdfunding taught you as a company?

To go with your gut. We were desperate for money and were offered our asking price from a venture capitalist, however it just didn’t feel right, so I rejected it to the horror of my father! The next morning I was in a busy coffee shop beneath my flat giving samples away for some feedback when I met someone who asked for 3 more samples for her husband. I received a phone call within 25 minutes, and the offer of a meeting with this gent who turned out to be the CEO of Seedrs Crowdfunding – Jeff Lynn. This route of fund raising felt right. We launched the campaign in January 2015, and were overfunded within minutes of going public. We became the fastest ever food/drink company to raise funds on crowdfunding, and the most over funded campaign Seedrs have ever had. Go with your gut, it’s usually right!

What are the next steps for Oppo in the coming years?

Our mission is to make the Oppo brand synonymous with healthy indulgence. We’re looking at further innovation and of course export. We’re keeping coy – sorry!

Any plans for some more interesting flavours? 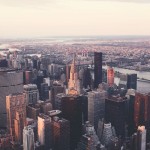 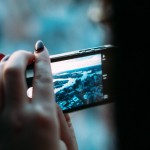